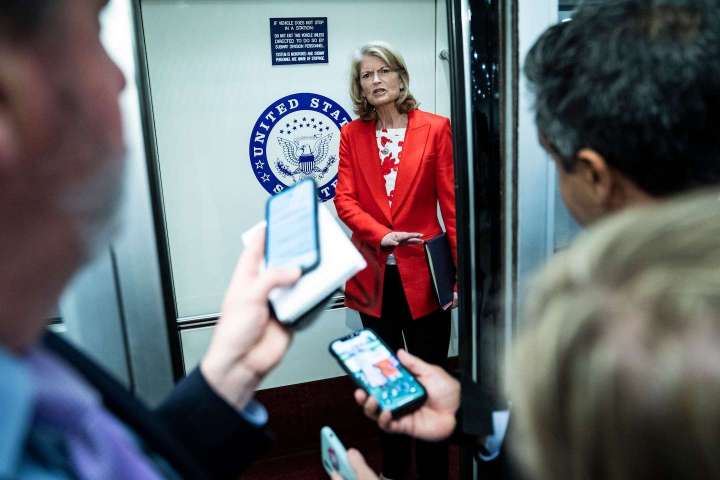 Seven Republicans who voted to impeach or convict Donald Trump after Jan. 6 have sought reelection in 2022. And with the final two facing primaries Tuesday, it’s virtually assured that most of them will have sacrificed their political careers with the vote. So far, only two have advanced to the general election.

Tonight, Rep. Liz Cheney (R-Wyo.) is presumed to be a goner given her ruby red state and her unceasing, unapologetic crusade against the former president. Sen. Lisa Murkowski (R-Alaska) should qualify for the general election, given that four candidates advance under Alaska’s new ranked-choice system, but it’s not clear she’ll do so in a strong position.

So what are the lessons of the Impeachment Seven?

One of the more intriguing ones is the idea that those who survived might have been saved by the kind of alternative primary systems that activists have long pitched as facilitating more moderate lawmakers — but that, in practice, haven’t necessarily lived up to those hopes.

Both of the impeachment supporters to advance to the November general election so far — Reps. Dan Newhouse (R-Wash.) and David G. Valadao (R-Calif.) — did so in the relatively few states with “top two” primaries, in which two candidates advance regardless of party. Rep. Jaime Herrera Beutler (R-Wash.) also came within a point of advancing in her top-two primary.

Murkowski, meanwhile, appears to be benefiting from Alaska scrapping its traditional primary process in favor of a new one: She lost a GOP primary in 2010, and might well have done so again vs. Trump-backed Kelly Tshibaka — but she appears to have a fighting chance under the state’s new ranked-choice regime.

How ranked-choice voting could change the way democracy works

The fates of impeachment-supporting Republicans in those traditional primaries, by contrast, appears more decisive. Rep. Peter Meijer (R-Mich.) lost by fewer than four points, but against an underfunded challenger. Rep. Tom Rice (R-S.C.), by contrast, lost by a large margin — Rice was defeated more than 2-to-1 — and Cheney’s fate is likely similar.

This is a small sample size, but it should at least spur some talk about whether top-two and ranked-choice systems might embolden members to cross the aisle on issues of similar significance.

The conventional wisdom has been — and the available evidence suggests — that top-two systems have under-delivered as a moderating influence, if they’ve truly made a difference at all. A 2021 report from the New America think tank ran down studies showing little or no impact, despite the likes of Arnold Schwarzenegger having hailed the idea when it went into effect in California more than a decade ago.

Washington implemented its top-two system a few years earlier, in 2008. A 2017 study found Democrats in the California legislature became somewhat more moderate after the new system was put in place in 2011, but there was no impact for either California Republicans or either party in Washington. Another study last year showed the two states’ legislatures didn’t become less polarized after the top-two systems were introduced.

But in 2020, a study by Christian Grose of the University of Southern California focused on congressional delegations, and found a real — albeit still modest — moderating effect. Some of that was apparently because of incumbent lawmakers who faced the new systems and might have moderated their votes accordingly — but most of it was because newly-elected members were more moderate.

Grose found that “among new members of Congress, those elected in top-two primaries are more than 18 percentage points less extreme than closed primary legislators.”

As the New America report summarized, the true effects of top-two primary systems might take some time to truly register, because the effects of incumbency are so strong. There have only been a handful of elections since California and Washington implemented the systems, and thus there has been little time for things to truly turn over. Or, as Lee Drutman noted in the report, “As always, reform is part of a dynamic process.”

What happened to the 10 House Republicans who voted to impeach Trump?

It’s too simple to say with any certainty that the results for the Impeachment Seven in California, Washington and perhaps Alaska will tell us anything conclusive about the moderating benefit of these systems. This is just seven races, after all. And other explanations are very much on the table.

Ultimately, these will be key data points — but only data points — in the still-nascent debate over whether alternative primary systems have the desired impact.

And on that front, Murkowski’s fate will be particularly important, given Alaska is breaking new ground with its ranked-choice system. But while we’ll probably have a decent sense of her fate as the primary results come in the days to come, the real test will come in November.

The author of one of the studies cited in this post was initially misidentified as Christine Grose. The author’s name is Christian Grose. This story has been updated.