If you love ‘The Last of Us,’ the remake is worth a new cover charge 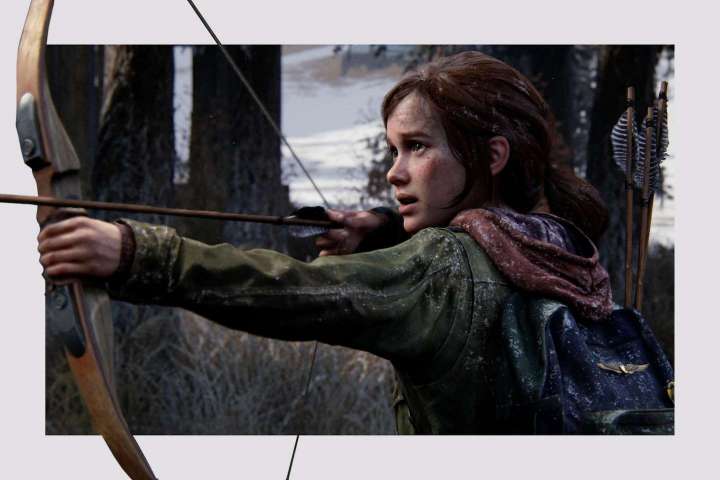 The Last of Us Part I Remake

It’s often written that narrative video game storytelling is a lot like an interactive digital stage play. We are called “players,” after all.

PlayStation leaned into this in 2014, when they performed a “live reading” of “The Last of Us.” The story is also being adapted into a headlining show for HBO, slated for a 2023 release. Naughty Dog’s Neil Druckmann, the game’s writer and director, is a pioneer of the third-person game narrative craft.

So the 2022 remake of the game, now called “The Last of Us Part I,” is a bit like getting new makeup, stage lighting and set dressings for an old favorite stage play. The cover charge to access this new version is the current-day premium price of $70 — despite the fact that beneath all the visual and presentation enhancements, the title is nine years old.

These upgrades are significant, though, especially for a game as emotive as “The Last of Us.” Ellie, the 14-year-old co-protagonist of the story played by Ashley Johnson, looked convincing enough in the game’s 2013 release. But compared to 2022′s remake for the PlayStation 5, that old 3D model looks stiff and plastic. Her forehead and brows furrow with anger and contempt in ways she was never able to express until now.

“The Last of Us” creators explain Ellie’s arc: From wide-eyed girl to a woman fueled by vengeance

Annie Wersching gave an unforgettable performance as Tess, the smuggler who commanded respect from Boston’s criminal circles, and in the 2022 remake, her sturdy, rugged skin is rendered more clearly than ever. While the game is the same through and through, Naughty Dog has done enough work to make noticeable changes within every digital square inch of the game, from sunsets dousing Boston in more realistic red shades all down to new wrinkles in the frowns and smiles of familiar characters. It’s akin to the leap from the first “Toy Story” movie to the third — except it’s the same story.

Joel Miller, as the player character and most visible on-screen performance, always looked great and appropriately gruff. His greatest improvements aren’t in how he looks, but in how he moves. The developers at Naughty Dog are masters of creating immersive narrative experiences, but it took them four Uncharted games to really nail how an action hero runs and shoots guns. Ellie in 2020′s “The Last of Us Part II” benefited from this experience; controlling her as a killer felt as sharp as the knife she drove into anyone in her way. But in 2013, Joel felt like he was gliding across the killing fields of Boston and Pittsburgh.

In the 2022 remake, running with Joel feels appropriately heavy; he stomps through combat scenarios like a one-man stampede. Gunplay also feels smooth while retaining the original’s pressurizing mechanics of weapon sway and kickback.

PlayStation won’t market the game this way, but it’s worth noting that all of these changes result in far more satisfying, visually impressive violence. Beyond a father-daughter tale, “The Last of Us” has always been one hell of a zombie video game. Zombies and people alike explode in clouds of gore and collapse under the sway of newly realistic, gruesome physics. The screaming of burning bodies feels all the more harrowing with improved fire effects. Louis’s house from the first five minutes of the game never burned as bright as it does now.

For disabled gamers, ‘The Last of Us Part I’ remake is worth $70

Naughty Dog’s award-winning accessibility options from “The Last of Us Part II” have been implemented in this game too. In addition, completing the game once gives you access to a host of gameplay modifiers. Now you can play the game with Matrix-like slow-motion effects, turning this survival game into a Max Payne-style shooter, which leaves even more time for the audience to appreciate the tiny details that animate the game’s brutality.

Another modifier includes “auto pickup,” which is a boon in a game where so much of the gameplay is repetitive scrounging. Now Joel, like Ellie in the sequel, can run through environments and vacuum up everything that could be picked up for crafting weapons and tools. These modifiers alone make revisiting this old game feel new. Infinite ammunition removes the need for Joel to slow-crouch or “duck walk” through combat scenarios; now it’s just all punching and pushing through anyone in his way. A new speed run mode that tracks times further encourages this style of play.

Other gameplay options include being able to skip puzzles. The strength of the game never was its puzzles, which took no skill to solve and were really excuses to feature character-driven gameplay breathers between action sequences. This further eases replays of the game.

That’s the key triumph of this remake. It allows more ways to “perform” your role as Joel, and lets the audience control the pace of repeat performances. “The Last of Us,” I believe, is a game meant to be played again and again. The remake gives you dozens of options to speed things up or slow things down. Difficulty options can be tweaked like in “Part II” to have certain aspects of the game become individually harder. If you want to play the game with tougher enemies but more ammo, that’s possible. So is the opposite.

Naughty Dog also promised improved artificial intelligence of friends and foes alike; that promise has largely been met. Combatants now push and flank Joel with an aggression and craftiness never seen before outside of “The Last of Us Part II.” There was only one instance where Ellie stubbornly walked out in front of an enemy (who are programmed to not see her until the player is spotted).

In ‘The Last of Us Part II,’ music often speaks louder than words

There’s been a lot of discourse around the $70 asking price and whether it’s too much for a remake of a nine-year-old game. But for fans already invested in these characters and world, it’s likely not even a question. If this is one of your favorite games ever — as it is for many — buying the best version is a foregone conclusion, like someone buying a new 4K disk of their favorite movie. At the very least, this release should meet most fans’ expectations.

There were moments, however, where it was disappointing that Naughty Dog didn’t quite exceed expectations. Ellie’s ability to dive and enter into prone positions widened gameplay possibilities in the sequel. The first game wasn’t designed for such acrobatics, and thus, Naughty Dog doesn’t grant Joel similar abilities. But there were many tense gunfights I encountered while replaying this game where even a dive would’ve livened up the proceedings — beyond just being helpful. It’s still awkward — in a very 2013 way — that Joel dodges bullets by slowly shifting into a crouch behind cover, rather than by throwing his burly body to the ground. Perhaps I’m wrong, but I don’t see how that would’ve disrupted the flow of play, despite being more work to code into the game.

But in the end, those flaws can be forgotten and maybe even forgiven once you allow the comfort of an old, indisputable PlayStation classic to take hold of you. “The Last of Us” was a high-water mark among a roster of PlayStation games that wove cinematic storytelling directly into gameplay. Hideo Kojima’s “Metal Gear Solid” for the first PlayStation in 1998 broke ground by using in-engine graphics to tell its cinematic story. Now in 2022, the in-game models of Joel and Ellie perform through the cutscenes, often sporting the same equipment and clothes you fit them in during the playable moments. It’s a small but key step in retaining consistency and believability in the play.

The remake renewed my appreciation for what “The Last of Us” achieved with in-game narratives, evolving the groundbreaking “Half-Life” method of having storytelling occur around the player as they move through each scene. The original title’s release inspired the 2018 blockbuster “God of War” reboot, and even 2020′s “Final Fantasy VII Remake,” a game that implemented multiple walk-and-talk segments popularized by Naughty Dog. In 2022, “The Last of Us Part I” doesn’t change the game, but it never really needed to. It changed the industry back in 2013.

The storylines, characters and levels cut from ‘The Last of Us Part II’

Revisiting “The Last of Us” now is like re-watching an old favorite movie. The written dialogue still shines. The performances still sing. Its earnestness is timeless. And there are so many memorable line readings.

If you’re a fan of the game, you can instantly recall how these lines are said, down to the timbre of the actor’s voice. And to revisit your role as the star in this classic play, while looking and feeling better than ever? It’s hard to put a price on that.