Xbox wants Japan, but so far it’s an unrequited love 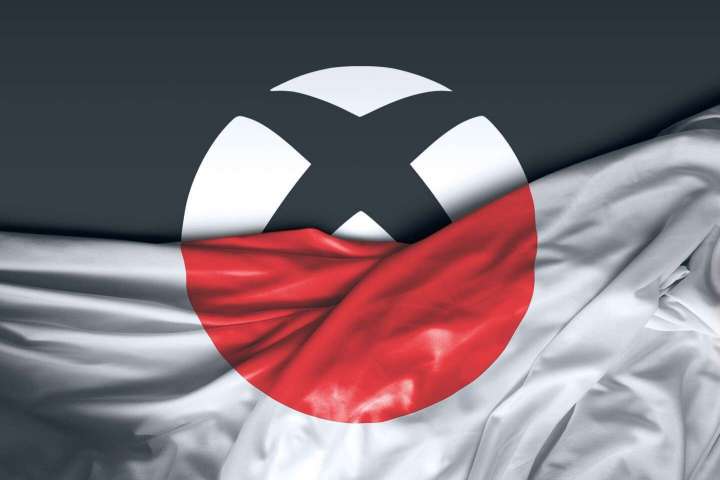 U.S. video game console maker Xbox has never made its mark on Japan in terms of sales, but after two decades and several missteps, it has no plans to give up.

Last week, Xbox shared news on upcoming games at the Tokyo Game Show, and said that more Asian titles would be added to its subscription service Game Pass over the next year. It announced that “Deathloop,” which was a timed PlayStation exclusive, is available for Xbox as of Sept. 20.

The presentation was part of Xbox’s broader strategy to woo Asian audiences, and capture market share from Japan, a country that has traditionally shied away from its consoles. In 20 years, Xbox sold a total of 2.3 million consoles in Japan, according to Weekly Famitsu magazine.

“We’ve been on this journey for a long time and we’re not letting up,” Sarah Bond, Xbox corporate vice president of game creator experience and ecosystem, said in an interview with The Washington Post after returning from Tokyo.

Bond said Xbox is betting the company’s investment in a slate of Asian titles will pay off and show Xbox is more than just Halo and Forza. Typically, Asian players have preferred to buy PlayStation and Nintendo devices, where they can find more Japanese role-playing games and narrative-based games.

Discord is now on Xbox. Its setup takes more than a few steps.

“We’re invested in both the depth and breadth of titles that are on our platform, and that’s exactly how reputations are built,” Bond said. “We see that game creators are more willing to take risks because of Game Pass because they actually know that they’re going to be more able to find an audience. Someone will fall in love with something that isn’t necessarily that big, brand name, but is a really, really delightful player experience.”

Bond said there are over 250 developers in Japan building over 150 games to date, including titles like “Tetris Effect: Connected” and “Craftopia.” Those titles will get to live on the Xbox platform, even if many are not exclusives. During the Tokyo Game Show, Xbox announced that preexisting PlayStation mainstay titles like “Danganronpa V3: Killing Harmony Anniversary Edition” and “Ni no Kuni: Wrath of the White Witch” are now available on Game Pass. It has plans to bring “Eiyuden Chronicle: Hundred Heroes” and several Persona titles to Game Pass over the next year.

“While Xbox Series devices are not predicted to sell anywhere near the level of Sony’s PS5 over the coming years, Microsoft is now more competitive than it has been for at least a decade [in Japan],” said Piers Harding-Rolls, an analyst at Ampere Analysis. “That shows that Microsoft’s approach to the market is paying dividends.”

Microsoft noted its current generation of consoles is selling better than previous generations, though it did not share specify sales numbers.

Bond said the company had reflected upon its past blunders, such as launching the Xbox One console in Japan nearly a year later than other markets.

“When we were talking about launching the Xbox One, there’s a lot of things about that launch that we know we didn’t get right,” Bond said. “It’s taken us a long time for us to learn from our mistakes and really apply that and begin to build out both our hardware, our product lineup, and our creator relationships.”

For the Xbox Series X and S console launch in 2020, the company launched the new consoles in Japan simultaneously with other parts of the world. The Xbox Series X generation is the best-selling one to date, according to Microsoft. Harding-Rolls’s market research firm, Ampere Analysis, found Xbox sold fewer than 100,000 consoles in Japan last year, compared to Sony and Nintendo selling over 6.7 million.

The biggest competition for PlayStation Plus isn’t Game Pass

“There is only so much Microsoft can achieve with its console product strategy in Japan, and underlines why it is seeking to reach gamers across all devices with its cloud gaming strategy,” he said.

Bond said Microsoft’s investment into growing its audience in Japan and beyond would take time.

“A hardware generation is a long time to build all that engineering,” she said. “It’s a five-to-seven year process to bring that forward. Building relationships takes a long time. And building a true AAA game can — we’ve seen it take up to six years to build an AAA game.”

In June, Microsoft Gaming CEO Phil Spencer acknowledged that Japanese developers don’t always come to Xbox and the company has been working on adding more games from the country, such as the upcoming Persona titles and an unannounced game that Metal Gear series creator Hideo Kojima is overseeing. Persona game developer Atlus did not respond to a request for comment.

Bond was tight-lipped about her meeting with Spencer and Kojima last week, simply saying, “We’re working with creators in Japan to create really special things for people who play on Xbox, and we’re gonna keep doing that.”

Xbox’s current business model involves selling its hardware at a loss, and last year in the Epic Games v. Apple trial, corporate vice president of gaming Lori Wright testified that the company had never turned a profit selling consoles and instead, focuses on selling software and subscriptions. Bond confirmed the model remains the same, even as more game titles get added to Game Pass.

“The way that our business works is that we build a console and then we subsidize the console so it’s an affordable price point for the consumer,” Bond said. “Then consumers make purchases on the console, they buy games, they buy subscriptions, and then as a result of that, we make revenue and margin on that.”

The tech giant has an eye on most of Asia, and not just Japan. Last May, Xbox announced it was launching the PC-version of its subscription service in Malaysia, Indonesia, the Philippines, Thailand and Vietnam. Microsoft’s acquisitions of other studios has aided its Asian ambitions. Bond noted that “Deathloop’s” eventual arrival on Xbox made sense, as the game is made by Bethesda, which was bought by Xbox last year for $7.5 billion. In the same deal, the company also acquired Bethesda’s Tango Gameworks, the Tokyo-based studio behind “Ghostwire: Tokyo.”

From 2020: It’s time to ditch the console wars narrative

Despite the audience differentiation between PlayStation and Xbox, there’s still a fair amount of overlap in titles offered on the two platforms. Earlier this month, PlayStation CEO Jim Ryan said Microsoft’s promise to keep Call of Duty on the platform for at least three years was “inadequate on many levels,” as first reported by GamesIndustry.biz. Sony did not immediately respond to a request for comment.

Bond said the way Xbox thought about expanding to other markets was by considering how there are over 3 billion gamers, yet only several hundred million consoles. Its approach is to stop focusing on consoles.