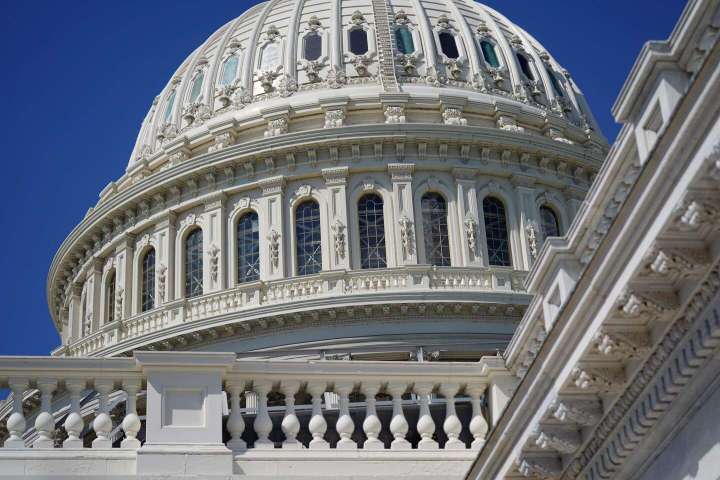 The House on Friday passed legislation to fund the government and avert a partial shutdown, sending it to President Biden for his signature hours before a midnight deadline.

The continuing resolution extends current funding levels until Dec. 16, while also approving $12.4 billion in military and diplomatic spending to help Ukraine in its war against Russia. It also contains $18.8 billion for domestic disaster recovery efforts, including Western wildfires, floods in Kentucky and hurricanes in the Southeast.

The House vote was 230-201, with 10 Republicans breaking ranks to support the legislation. The Senate passed the bill, 72 to 25, on Thursday after Sen. Joe Manchin III (D-W.Va.) dropped his proposal that would have overhauled federal rules for environmental permitting for large energy projects after it became evident it would not garner the 60 votes required to attach it to the must-pass legislation.

The president’s request to include coronavirus and monkeypox funding was excluded to ensure both chambers could pass the legislation.

“We need this bill,” Rep. Rosa De Lauro (D-Conn.) said on the House floor moments before the vote. “We provide relief to working families, to our schools, our children, small businesses, communities across this nation. We support the people of Ukraine. We support them in what is the fight for their lives, for their democracy and for world democracy against Russian aggression. We protect communities everywhere in need of safe water. We help to rebuild them from crushing natural disasters. This bill will make a very real difference in the lives of Americans everywhere.”

Averting a government shutdown was the final goal for Democrats to complete before leaving Washington for the final sprint to the midterm elections. Failure to pass a funding bill would be an embarrassment for the party that controls both chambers. Democrats have campaigned on their ability to govern as a contrast to Republicans, who oversaw two government shutdowns during the Trump administration.

“We will be able to do what is necessary here in the House to keep the government open to make sure that it can continue to properly function and deliver for the American people,” Democratic Caucus Chair Hakeem Jeffries (D-N.Y.) said Thursday. “House Democrats are going to continue to put people over politics, fight for lower costs, better paying jobs and safer communities.”

The House passed the legislation with overwhelming Democratic backing after GOP leadership spent the week actively whipping its members to vote against it. In a message to his GOP colleagues Tuesday evening, Minority Whip Steve Scalise (R-La.) rationalized the “no” vote by arguing that Democrats “refused to negotiate” with Republicans on issues like “runaway inflation, the supply chain crisis, the border crisis, or the opioid deaths associated with drugs like fentanyl coming across our open southern border.”

For weeks, Rep. Chip Roy (Tex.) has led the charge against Republicans helping Democrats fund the government. In a letter sent to House Minority Leader Kevin McCarthy (R-Calif.) last week, he and 41 other House Republicans declared they would oppose any measure that goes “toward this administration’s radical, inflationary agenda” and expires before the new year, which is when Republicans expect to take over the majority and influence policymaking.

“Each time we vote to ‘fund the government,’ we are voting to provide funding to each one of these terrible agencies, programs, and policies,” Roy said in another letter circulated to colleagues earlier this week.