The point isn’t that the cognitive test is easy. The point is that Trump keeps bragging about it. 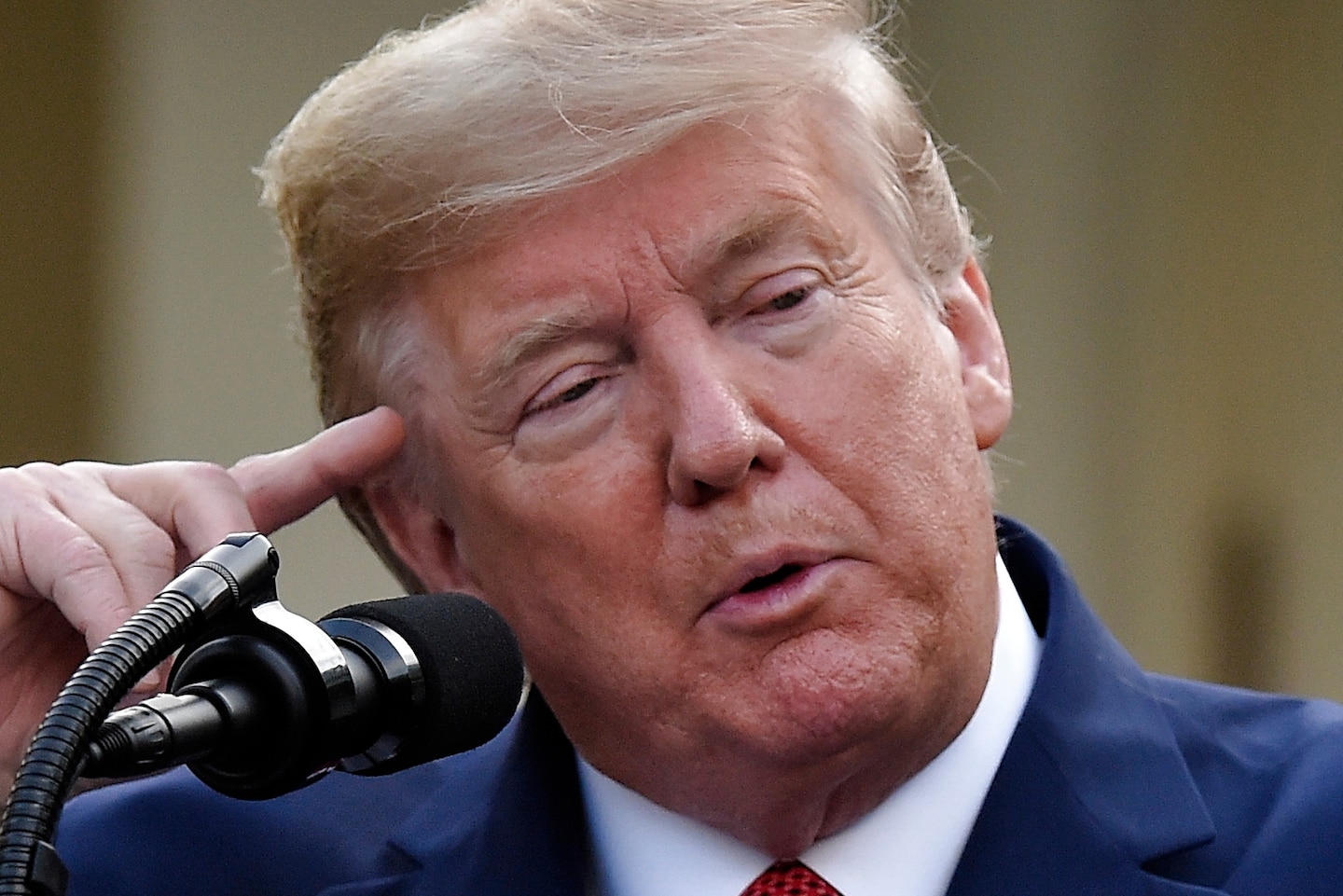 Were I to come up to you and ask you to recite the alphabet, you’d likely do so without issue. It wouldn’t even seem like a test, just that I were for some reason questioning your basic literacy. If I explained that it was a test aimed at determining if you had the aforementioned invented disease, you’d probably shrug and accept it.

The preceding paragraphs are a test of its own, really; a measure of your ability to translate odd hypotheticals into topical subjects in American politics. Here, of course, you have the added hint of the headline and the photo, meaning that you probably passed.

The H-itis analogy is meant to evoke the role of the cognitive test President Trump took in early 2018. It’s been mocked online for being easy — which, for most people it is. But as with reciting the alphabet, it’s not meant to be a gauge of intellectual performance or cleverness. Instead, it’s meant to use simple mental tests as a way of evaluating impairments.

For example, the test asks you to draw an analog clock showing 11:10 not to see if you’re smart enough to draw a clock but, instead, to evaluate whether there’s any impairment that would prevent you from doing so. To you and me (presumably), such a task is simple — because our brains can quickly work out how to complete the task. Draw a circle. Write the numbers in the circle. Add the hour and minute hands and done.

Each of those steps, though, measures some cognitive ability. The circle itself. The positioning of the numbers, which requires more planning ahead than you might consider. The placement of the hands from center to number. These are simple, discrete tasks that a normal brain can easily complete — as readily as one can recite the alphabet. If you have impaired cognitive functioning, though, it’s not easy at all.

Which brings us to Trump’s recent invocation of the cognitive test he took. The president and his allies have invested a lot of energy in questioning former vice president Joe Biden’s mental acuity, given the likelihood that Trump and Biden will face off in November.

At a news conference late last month, a Fox News reporter asked the presumptive Democratic presidential nominee if he had been tested for cognitive decline.

“I’ve been tested. I’m constantly tested,” Biden replied, apparently meaning in the abstract and not with specific tests like the one Trump took. “Look, all you’ve got to do is watch me — and I can hardly wait to compare my cognitive capability to the cognitive capability of the man I’m running against.”

When Trump called into Sean Hannity’s Fox News show last night, Hannity raised the interaction, showing a series of incidents in which Biden stumbled over words.

Trump, oddly, insisted that Biden must have meant tests for the coronavirus, which Biden clearly didn’t. But then Trump raised his own cognitive test.

“I actually took one when I — very recently, when I when I was, you know, the radical left was saying, ‘Is he all there? Is he all there?’ And I proved I was all there because I — I aced the test,” Trump claimed. “And he should take the same exact test. The very standard test; I took it at Walter Reed Medical Center in front of doctors.”

Trump then turned it up a bit.

“And they were very surprised,” Trump said of the doctors. “They said that’s an unbelievable thing. Rarely does anybody do what you just did.”

No. That did not happen. Or, at least, it didn’t happen without a qualifier like, “rarely does anybody your age not demonstrate any of the impairments this test is meant to measure,” which is possible. But the doctors did not call this “an unbelievable thing.” It would be like my fawning over your alphabet recitation: “Wow, you even nailed the L-M-N-O-P.”

Getting a perfect score is literally the baseline for being normal, not for being exceptional.

Trump can’t help it. If he does anything, he does it better than anyone. If he is being tested, his results are breathtakingly exceptional. If he is asked to draw a clock to measure whether he’s experiencing any cognitive deterioration — something worth tracking closely in part because his father died after being diagnosed with Alzheimer’s — then Trump will let you know that never has anyone drawn so amazing a clock. He will tell you that the doctors marveled at the precision of his placement of the 6-7-8-9 stretch and stood slack-jawed at how precisely the minute hand aimed at the 2. This is who Trump is, a guy who builds a 58-floor building in Manhattan and tells everyone it’s 68 floors high.

After Trump’s interview with Hannity, people were quick to point out the flip side of his boast about the doctors: Having medical professionals be amazed that you performed normally on an evaluation of your cognitive abilities is not exactly the endorsement it might have seemed like as the words were coming out of Trump’s mouth.

Another reason boasting about the test probably wasn’t a good idea. Which, if you think about it, is kind of a test of its own.