McEnany says violent crime, which has trended down for 30 years, has ‘finally’ started to fall 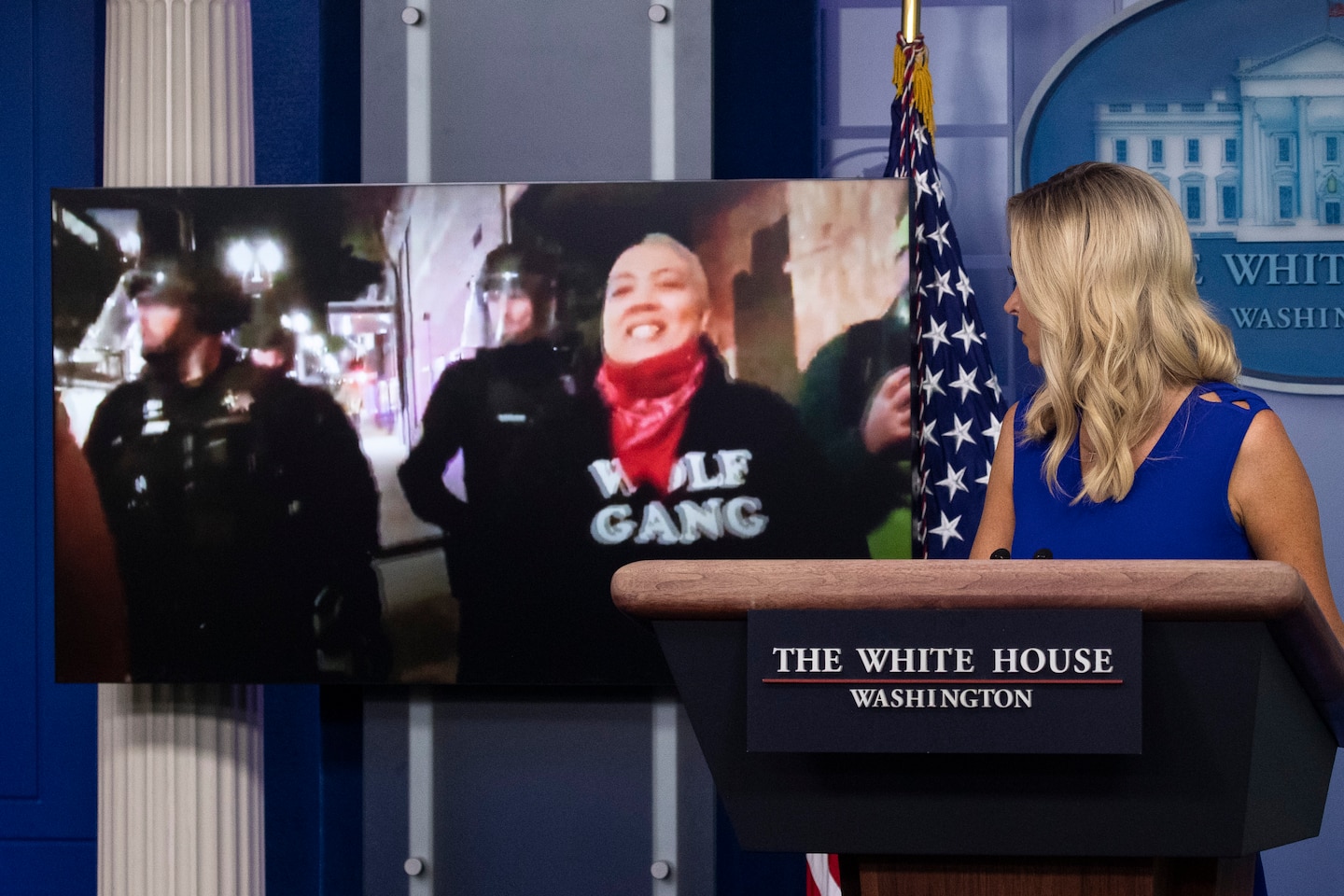 “The federal government has a sworn duty to uphold the laws of the United States through field offices and federal facilities across the country. These agents protect and serve the American people,” she said. “Yet the rhetoric of the left undermines our justice system,” she continued, quoting Democratic politicians who had criticized the federal law enforcement presence in Portland.

“Under President Trump,” she continued, “violent-crime rates in America finally began to fall.”

So here’s a graph of the violent-crime rate in the United States. You see that apex, indicated with a question mark? Based on McEnany’s statement, you might assume that it indicates the month of January 2017, when Trump took office. After all, from that point on, there was an almost uninterrupted downward trend in the rate of violent crimes.

If we zoom in, we can see the game McEnany is playing with the numbers.

Since 2000, there has been a steady downward trend in crime overall. But while violent crime has trended downward, there have been times when it has risen.

Trump would often talk about this increase on the campaign trail four years ago as though it was a surge reminiscent of the increases the country experienced in the 1970s and 1980s. It was central to his claim in 2016 that the country needed a “law-and-order president,” culminating in his bleak depiction of the state of the nation during his acceptance speech at the Republican convention.

Regardless of the extent to which one believes Trump deserves credit for that recent drop or even for reversing a potential endless upward trend that began in 2015, it’s clearly not the case that violent crime is “finally” decreasing.

This is not an unfamiliar pattern from the White House, though. Trump and his team like to talk as though the direction of the country reversed course entirely upon his inauguration. He built the strongest economy in history, he likes to say, though it wasn’t the strongest economy in history and it depended on a turnaround that began under Obama. So, a drop in violent crime from one year to the next becomes a change that Americans had been demanding, having not seen such a shift in nearly — three years.

One challenge the White House keeps facing is that its presentations of historic shifts often get undercut when those trends reverse. The central irony of McEnany’s assertion Friday is that it accompanied the administration’s recent rhetoric that violent crime was actually rising, necessitating the federal government’s intervention. Should the 2020 numbers reflect an overall increase, it seems unlikely that McEnany will offer any amended thoughts on the trend.