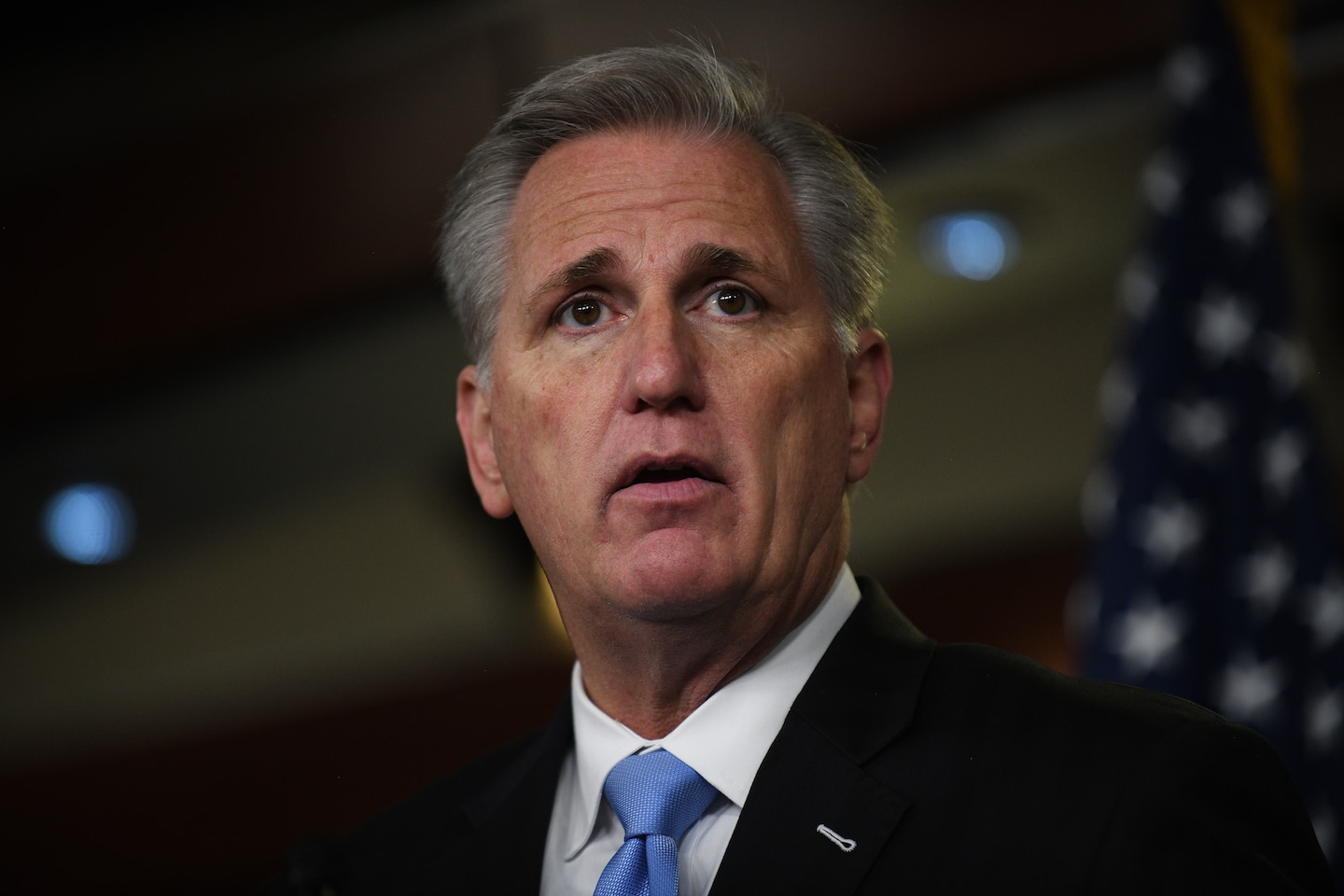 But Kushner, who oversees such decisions and has a greater say than RNC Chairwoman Ronna McDaniel, has refused thus far, the officials say. While the Trump campaign and the RNC have brought in record amounts of money, some Trump officials see donating to the House as a wasteful investment as the GOP’s chances of reclaiming the majority sharply deteriorate. Their decline in fortunes can largely be attributed to Trump’s sagging support over his handling of the coronavirus pandemic and the sliding economy.

“The campaign just wants the money. . . . They don’t care about the House — it’s not their concern,” one official close with the Trump campaign said. “When you’ve been working in politics for years, and you understand it’s a team sport, you kind of look at these things a little differently. I don’t think they see it that way.”

Trump has been raking in unprecedented amounts of cash — though presumptive Democratic nominee Joe Biden outraised him the past two months. The president’s fundraising committees and the RNC entered July with a whopping $295 million on hand, which is more than twice the $144 million that President Barack Obama had for his own reelection at the same point in 2012.

In a statement, the RNC denied that they were balking at helping the House GOP.

“We have a great working relationship with our sister committees,” McDaniel said. “Our priority is President Trump’s reelection, along with winning back the House and holding the Senate. Transfer requests like these are standard every cycle and final decisions typically aren’t made until after Labor Day. It is totally false to say that anyone is holding up a decision on a transfer commitment.”

The rejection has angered some Republicans, many of whom believe the president has a duty to help the party — not just himself. Those familiar with the dispute, who like others spoke on the condition of anonymity to talk frankly, blame Kushner for failing to understand the importance of unity and working together.

The refusal to help the NRCC is all the more striking because House Republicans in safe seats recently contributed to the president’s reelection, making donations of tens of thousands of dollars at the request of his campaign.

The fundraising standoff comes as House Democrats have capitalized on Trump’s slumping approval ratings to go on offense, expanding the election map deeper into long-held Republican territory as they seek to increase the size of their majority.

House Republicans originally believed they could win back a large number of the 31 Democratic seats in districts Trump carried in 2016, but now the NRCC’s top Democratic targets are sitting on million-dollar accounts, making them difficult to unseat. In fact, the DCCC’s 42 most-vulnerable front-line members have an average 5-to-1 cash advantage over their GOP opponents. Additionally, 30 Democratic challengers outraised their Republican foes in the second quarter of 2020, putting the party in a prime position to grow their ranks in the House.

“Washington Republicans have learned the hard way that encouraging people to drink bleach doesn’t make for the most effective fundraising pitch,” boasted Rep. Cheri Bustos (D-Ill.), chairman of the Democratic Congressional Campaign Committee, reveling in the House GOP’s money woes and referencing Trump’s claim about a treatment for covid-19. “House Democrats have outworked, out-hustled and outraised Republicans all cycle long. Our fundraising advantage is the firewall protecting our majority.”

Senior House Republicans, meanwhile, have been privately panicked about the shortfall, which also extends to their campaign committee. The Democratic campaign committee has $94 million on hand while the GOP has $61 million — a $33 million cash advantage 100 days to the election.

Now more than ever, Republicans say, they need the help of Trump and the RNC.

“They should try to get as much money as they can — as much as possible,” said outgoing Rep. Peter T. King (R-N.Y.), who said the money shortage has made him glad he’s retiring.

Democrats, King added, are getting a major boost from the online fundraising platform Act Blue, which helped them win the House in 2018. Republicans, meanwhile, are seeing some of their longtime business donors hold back due to pandemic-triggered economic woes.

Trump campaign and RNC officials have recently met with Republican aides from the Senate and the House to outline their ground-game operation and vowed to help with infrastructure and volunteers. But money is another question entirely, and House GOP lawmakers say it’s what they need most.

“We’re worried — even the [House Republicans] who are doing well,” said one senior Republican lawmaker who suddenly finds himself in a competitive race and spoke on the condition of anonymity to be candid. “The Democrats are just doing so well.”

Traditionally, presidents have used their national platform and fundraising prowess to assist Senate and House allies. During Obama’s first term, between 2009 and 2012, the Democratic National Committee transferred $7.1 million to the DCCC to fortify House candidates and incumbents, with most of the spending occurring during the midterms.

Trump has followed suit as well — though the overall percentage given was smaller than Obama’s. Under the lead of former campaign officials Reince Priebus, Stephen K. Bannon and McDaniel, the RNC gave the NRCC $1.9 million in 2016 and another $8.7 million in Trump’s first term, mostly to try to keep the GOP majority.

McDaniel, according to multiple officials involved in the dispute, supports giving to the House, but Kushner is resisting.

Republicans argue that many vulnerable House GOP incumbents outperform Trump in their moderate districts, and by helping them, he would be aiding his own reelection bid. They also argue that Trump is awash in campaign cash and could build some goodwill with House Republicans who have steadfastly stood by him, most notably in opposing his impeachment.

Some Republicans have speculated that Trump officials are trying to use the money as leverage to ensure Republicans stick with the president. Privately, GOP lawmakers on both sides of the Capitol have griped about Trump’s handling of the pandemic and penchant for stirring up other controversies, including his recent defense of Confederate statues. By holding the money up, Trump officials can ensure loyalty, said these Republicans, who like others spoke on the condition of anonymity to discuss private talks.

The refusal also suggests that the Trump campaign is concerned about his reelection. While Trump has shattered fundraising records, Biden outraised him over the previous two months, gaining on the president amid the chaos of the pandemic. But while the Biden campaign did not announce its cash-on-hand figures in early July, the campaign — as well as the DNC and other affiliated committees — had $130 million as of the end of May, less than half of Trump’s war chest.

At the request of Trump campaign officials, McCarthy and other senior Republicans in late May asked GOP lawmakers in safe seats to donate the maximum amount to Trump’s campaign from their committees and leadership PACs. Dozens followed through although the ask is unusual.

“The money usually moves in the other direction: the presidential campaign works with the national party committees to support down-ballot candidates from the president’s party,” said Brett Kappel, a campaign finance attorney.

It is unclear why House Republicans asked their members to give to the Trump campaign amid their own financial struggle. Some took it as McCarthy trying to show he was a team player.

“Whenever the big man asks you to do it, you do it,” said one House Republican aide who was asked to contribute to the Trump campaign. “My question was: Do they really need the money? . . . Probably not. I took it as a show of force, a show of support and solidarity.”