Democrats get ‘nasty’ on Trump, attacking him as responsible for — and indifferent to — American deaths 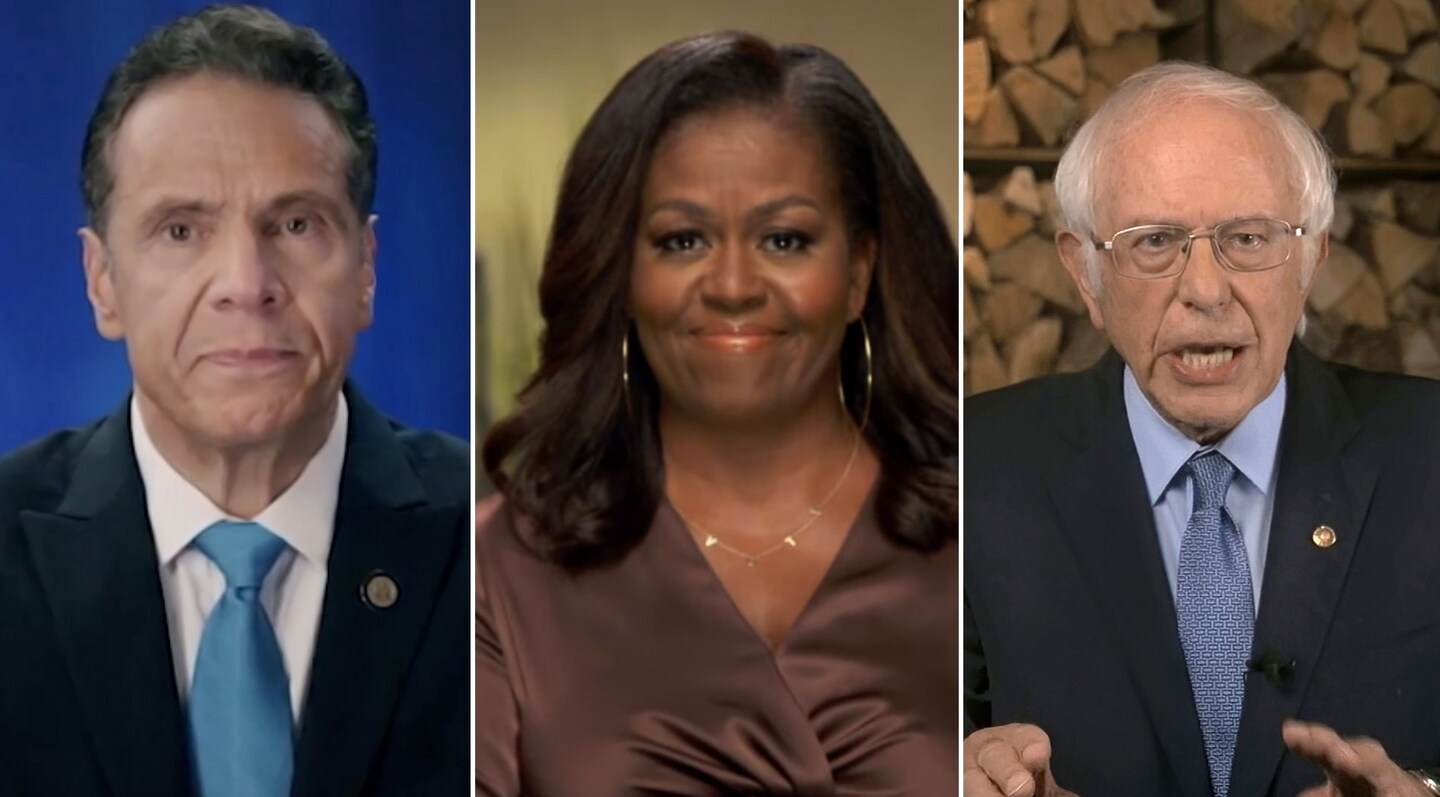 On Monday night, an Obama delivered a different kind speech at a Democratic convention. Michelle Obama acknowledged the unavoidable division and cynicism of our politics, qualifying her previously high-minded plea while delivering a brutal and personal swipe at President Trump.

The first night of the unorthodox, virtual 2020 Democratic National Convention demonstrated how the party holding it has learned about the necessity of being, as Trump himself would say, nasty. It didn’t inherently contradict what the Obamas said at conventions past, but the tone was far different. Sprinkled throughout the mostly prepackaged convention were some remarkably personal political attacks.

Speakers hit Trump by pinning responsibility on him for a family member’s death, golfing while the coronavirus outbreak raged and, in Obama’s case, being utterly unfit to be president — while alluding to his supposed indifference to the coronavirus death toll.

“But let’s be clear: going high does not mean putting on a smile and saying nice things when confronted by viciousness and cruelty,” Obama said, adding: “Going high means unlocking the shackles of lies and mistrust with the only thing that can truly set us free: the cold hard truth.”

She followed that up with her big line of attack, invoking Trump by name for the first and only time in her speech, which she declined to do in 2016.

“So let me be as honest and clear as I possibly can: Donald Trump is the wrong president for our country,” she said. “He has had more than enough time to prove that he can do the job, but he is clearly in over his head. He cannot meet this moment. He simply cannot be who we need him to be for us. It is what it is.”

That last line refers to Trump’s repeated statements that the coronavirus death toll “is what it is” — despite the nearly 170,000 deaths approaching the upper limit of what Trump himself has said would constitute a successful response: 200,000.

Perhaps the other most notable attack of the night came from a non-politician, Kristin Urquiza, who accused Trump of having a hand in her father’s death. She said her father supported Trump and followed his lead when Trump downplayed the virus and urged a reopening of the economy, by going to karaoke bar and dying weeks later.

“My dad was a healthy 65-year-old; his only preexisting condition was trusting Donald Trump,” Urquiza said. “And for that, he paid with his life.”

Sen. Bernie Sanders’s (I-Vt.) speech was perhaps most notable for its endorsement of working with more moderate Democrats (apparently like Biden) and even vouching for the Biden health-care plan Sanders had excoriated on the primary campaign trail.

Sanders at one point, though, hit on the same theme as Obama and Urquiza. He suggested Trump has cavalierly failed the country on the coronavirus and spotlighted his resumption of playing golf.

“This president is not just the threat to our democracy, but by rejecting science, he has put our lives and health in jeopardy,” Sanders said. “Trump has attacked doctors and scientists trying to protect us from the pandemic, while refusing to take strong action to produce the gowns and gloves our health-care workers desperately need.

The coronavirus attacks were the most prevalent, and they repeatedly attached the death toll to Trump.

“Over the past few months, we have learned what’s essential: Rising to the challenge, not denying it,” Michigan Gov. Gretchen Whitmer (D) said. “We’ve learned who is essential, too. Not just the wealthiest among us. Not a president who fights his fellow Americans rather than fight the virus that’s killing us and the economy.”

New York Gov. Andrew M. Cuomo (D) months ago provided the praise Trump demanded for the federal coronavirus response. But he painted a very different picture on Monday. He likened the government to an immune system that fights off such viruses but which Trump has weakened.

“Donald Trump didn’t create the initial division; the division created Trump. He only made it worse,” Cuomo said, adding: “And our current federal government is dysfunctional and incompetent. It couldn’t fight off the virus. In fact, it didn’t even see it coming.”

Sen. Catherine Cortez Masto (D-Nev.), like others, characterized Trump’s attacks on the U.S. Postal Service as a grave threat to democracy and — as with coronavirus — people’s health.

Former California GOP gubernatorial candidate Meg Whitman went after not just Trump’s presidency, but the image he has crafted as a successful real estate developer, saying he “has no clue how to run a business, let alone an economy.”

The fact that an incumbent president was attacked at the opposing party’s convention is hardly surprising. But there was clearly a concerted effort to attach the president to the deaths of tens of thousands of Americans, to suggest he is indifferent to the plight of other Americans and to characterize him as a fraud.

Nobody’s comments were more striking than Michelle Obama’s. She has criticized Trump during his presidency, but not like this. In fact, there was for a time something of a detente between her and Trump, with Trump declining to go after her personally even as he vilified her husband and cast him as an illegitimate president.

Even Tuesday morning, Trump’s response to her speech wasn’t terribly personal and was less about her than her husband.

“Somebody please explain to @MichelleObama that Donald J. Trump would not be here, in the beautiful White House, if it weren’t for the job done by your husband, Barack Obama,” Trump said.

Trump even curiously — and apparently sarcastically (?) — thanked her for her “very kind words.” He later called the speech “divisive” and criticized it for being taped. “She was over her head,” he said.

For once, the counter-puncher-in-chief didn’t hit back harder than his critic.