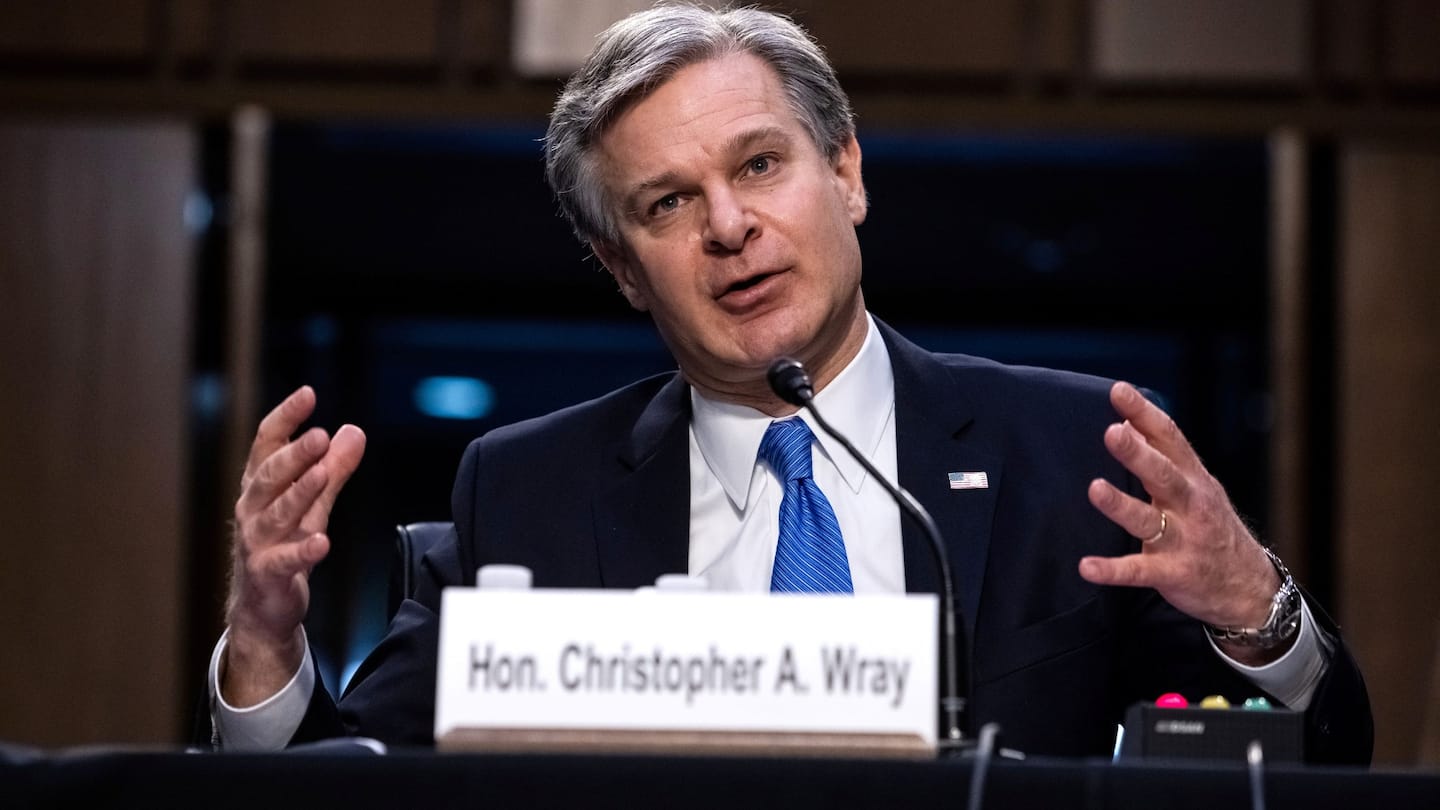 Those narratives suffered significant blows Tuesday, even as Republicans continued to try to muddy the waters and plant seeds of doubt.

FBI Director Christopher A. Wray testified repeatedly to the Senate Judiciary Committee that there was no evidence that antifa, anarchists or provocateurs who didn’t support Trump were involved in the Capitol siege.

“We have not, to date, seen any evidence of anarchist violent extremists or people subscribing to antifa in connection with the 6th,” Wray said at one point.

That’s pretty significant, given about 280 people have been arrested.

Even as he was saying these things, though — and even as there is real work to be done in drilling down on Jan. 6 — Republicans sought to refocus the hearing and question the idea that these were people inspired by Trump and his bogus claims of voter fraud.

The committee’s ranking Republican, Sen. Charles E. Grassley (Iowa), began his opening statement by assuring the events of Jan. 6 were horrible. But he then spent most of his statement and round of questioning on the threat of antifa and extremist groups associated with the left.

Grassley didn’t go as far as Sen. Ron Johnson did last week, when the Wisconsin Republican used a similar hearing to float conspiracy theories about Jan. 6 provocateurs based on a single, speculative account from a witness at a right-wing think tank. Grassley instead essentially set Jan. 6 aside and suggested the FBI might be giving left-leaning extremists and anarchists comparatively short shrift by not equally investigating last summer’s protests against police violence.

Grassley said repeatedly that he agreed with Chairman Richard J. Durbin’s (D-Ill.) comments about the gravity of Jan. 6, but added that “a narrow view of these matters would be intellectually dishonest. We’re not serious about tackling domestic extremism if we tolerate mobs that attack some police officers, but not all police officers.”

“Supporters of that group have been charged federally for violence, promoting riots and using molotov cocktails — even after President Biden’s electoral victory,” Grassley said. “Can you believe this? Antifa rioters attacked the Oregon Democratic Party headquarters, and they did that on Inauguration Day. You’d think the results of the election ought to satisfy them … .”

At another point, Grassley probed on what ideologies Wray was seeing associated with Jan. 6 and more broadly with extremism in the United States. When the director eventually got around to anarchists, Grassley stopped him and tried to redirect. He cited comments from former acting Homeland Security secretary Chad Wolf and former attorney general William P. Barr suggesting law enforcement wasn’t focused enough on these groups.

He and Sen. Ted Cruz (R-Tex.) also probed another question that is popular in right-wing conspiracy circles, asking Wray how Capitol Police officer Brian D. Sicknick died in connection with the Capitol riot. Some have cast doubt that Sicknick was actually killed by rioters. Wray said he couldn’t disclose details as yet, citing an ongoing investigation.

Sen. John Cornyn (R-Tex.) also got in on the act, more directly — albeit subtly — questioning the official account of Jan. 6 and even possible anarchist involvement in the siege.

“I’ve heard the expression that, here in Washington, whoever has the best narrative wins,” Cornyn said. “And so sometimes I think the narrative is created and then [they] try to search for facts that might bolster that narrative.

“But as you said, the fact is there are these extremist groups are not monolithic. So that’s, I think, an important part of understanding the threat. I’ve heard them described — some of these folks described as white supremacists, domestic terrorists, insurrectionists, rioters, seditionists, anarchists. The list goes on and on.”

That is indeed quite a list. It just includes a group — anarchists — whom Wray had already explicitly said there was no evidence participated in the Capitol riot.

Cornyn went on to cite a George Washington University study that classified the Capitol rioters in a few different groups, including a large but not overwhelming chunk of “inspired believers” — accounting for 142 out of 257 arrests at the time. Again, the implication seemed to be that perhaps other rioters weren’t inspired by Trump. As the study makes clear, though, those people were separated from others not because of their motivation being Trump, but because of their lack of participation in an organized group like a militia.

Cornyn didn’t say it so directly, mind you, but instead used it to again cast doubt on the “narrative.” Grassley, similarly, didn’t make accusations about antifa involvement in Jan. 6, but he did seek to focus the debate on that even at a time in which the events of Jan. 6 are front-and-center in Congress — and as much of the conservative movement has latched on to conspiracy theories about antifa being the true entity behind Jan. 6.

The hearing wasn’t just about Jan. 6, but also “other threats” and domestic terrorism. But focusing so much on antifa and anarchists at a time in which so many in the GOP have latched on to conspiracy theories about them and Jan. 6 is certainly a choice. The questioning of the “narrative” also suggests there is any real reason to doubt that this was Trump supporters acting on his behalf. Wray made clear there wasn’t, after 280 arrests.

Cornyn said in his questions that he was worried about people setting a narrative and then looking hard for facts to support it. But that’s really more been the story of what has happened on his side of the aisle, with Trump’s allies immediately pointing to antifa and still failing to find evidence to back that up, two months later.

If these Republican lawmakers are truly worried about false narratives taking hold, they might want to try extra hard to make sure they aren’t feeding them.