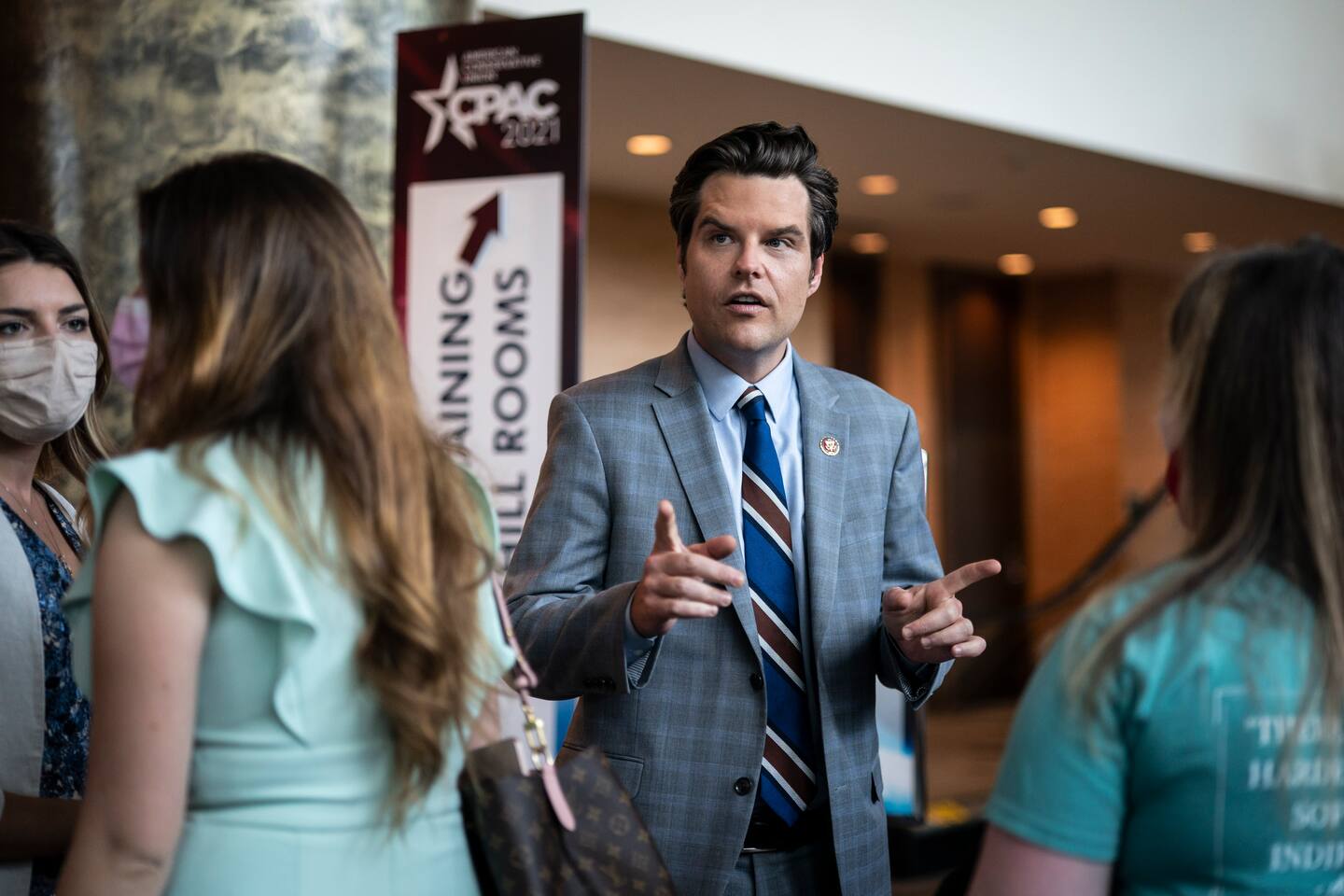 So when the New York Times reported Tuesday evening that the Justice Department was investigating Gaetz in relation to what he describes as a past relationship, the story quickly blew up. Then things got weird … er.

“The Justice Department is investigating Rep. Matt Gaetz — a Florida Republican considered a close political ally of former president Donald Trump — over an alleged sexual relationship with an underage girl,” The Washington Post’s Matt Zapotosky and Devlin Barrett explain. That relationship allegedly included paying for the girl to travel, potentially across state lines, adding the complexity of potential federal charges related to sex trafficking, according to the Times. Both the Post and Times stories are constrained for fairly obvious reasons, including the limits of available information and the need to accurately convey the potential risk Gaetz faces.

The investigation apparently spun out of another sex-trafficking probe in Florida. That one focused on a former county official named Joel Greenberg, who was charged in the summer with a number of federal offenses, including sex trafficking of a minor.

“According to an indictment in the case, Greenberg abused his access to a statewide database, using it to look up the personal information of people with whom he was in ‘sugar daddy’ relationships, including the minor, and to help produce fake identification documents to ‘facilitate his efforts to engage in commercial sex acts,’ ” Zapotosky and Barrett report. “He was also accused of seeking to undermine a political opponent by surfacing fabricated evidence of racism and misconduct.”

It’s worth noting that questions about Gaetz’s relationships have emerged in the past. A Mother Jones article from 2019 documents concerns raised by a former member of Gaetz’s staff about a 21-year-old he was then dating and who was apparently posting photos of the two of them on Instagram alongside other photos showing not-conservative-politician-friendly activities.

What does Gaetz say happened?

Gaetz’s initial response to the Times focused on the travel aspect of the allegation, telling the paper that while he only knew that the investigation “has to do with women,” his suspicion was that “someone is trying to recategorize my generosity to ex-girlfriends as something more untoward.” He later told the paper that it was “verifiably false” that he had traveled with a minor.

Over the next few hours, though, his claims got much more complicated. He appeared on Tucker Carlson’s Fox News show to explain his side of the story.

Here’s what he said, in full.

“Tonight, I am demanding that the Department of Justice and the FBI release the audio recordings that were made under their supervision and at their direction, which will prove my innocence and that will show that these allegations aren’t true. They’re merely intended to try to bleed my family out of money.

“This former Department of Justice official tomorrow was supposed to be contacted by my father so that specific instructions could be given regarding the wiring of $4.5 million as a down payment on this bribe. I don’t think it’s a coincidence that tonight, somehow, the New York Times is leaking this information, smearing me and ruining the investigation that would likely result in one of the former colleagues of the current DOJ being brought to justice for trying to extort me and my family.”

“You and I went to dinner about two years ago,” Gaetz said. “Your wife was there, and I brought a friend of mine. You’ll remember her. And she was actually threatened by the FBI, told that if she wouldn’t cop to the fact that somehow I was involved in some pay-for-play scheme, that she could face trouble.”

Carlson said he didn’t remember that dinner. He also asked Gaetz when the congressman first learned of the investigation, without receiving a specific answer.

Does Gaetz’s story hold up?

It’s hard to say, given the, shall we say, complexity of Gaetz’s allegation. (Carlson himself described the interaction as “one of the weirdest interviews I’ve ever conducted.”) Gaetz apparently shared messages and documents supporting his claims with Axios’s Jonathan Swan, though Swan didn’t offer details on what that material indicated.

During the Fox News interview, Gaetz identified the former official as David McGee. McGee spoke with The Post about the charge, saying that Gaetz’s father, Don Gaetz, had reached out to him. (The elder Gaetz is a former Florida politician who became rich after selling a hospice company he had co-founded.)

“It is completely false. It’s a blatant attempt to distract from the fact that he’s under investigation for sex trafficking of minors,” McGee told The Post. He said he had no connection to the case other than being “one of a thousand people who have heard the rumors.”

Zapotosky and Barrett fleshed out the situation in more detail on Wednesday afternoon. Two men who’d somehow learned of the investigation offered to help resolve it in Gaetz’s favor if Don Gaetz helped fund an effort to locate an American possibly being held hostage in Iran.

Yep. Earlier Tuesday, news broke that Gaetz was thinking of resigning from the House to take a job in conservative media. Outside of the context that emerged with the reported investigation, the story made some sense. Gaetz has been on Fox News an average of 87 minutes a month over the past 12 months; for a low-ranking member of the minority party with an affection for the spotlight to make such a transition wouldn’t be a shock.

With the new revelation, though, that story takes on a different color: Was that rumor floated simply as cover for Gaetz to resign for other reasons? (It’s worth noting that resignations from positions of power can be part of plea agreements.) Once we’re reconsidering Gaetz’s willingness to walk away from Congress, we might reconsider his offer in early February to resign from Congress to aid Trump’s impeachment defense. Was the impetus for that attention or, even then, some form of self-preservation?

Did Gaetz have any very specific tweets or actions that now take on another, unflattering light?

So we get jokes like this one from 2019, which age particularly poorly.

More curious was this one, which came after Gaetz himself acknowledges being familiar with the reported investigation.

Then there was his unusual vote on a bill focused on combating sex trafficking during his first year in Congress. The bill passed by a 418-to-1 vote — with Gaetz offering the only “nay.”

“Unless there is an overwhelming, compelling reason that our existing agencies in the federal government can’t handle that problem,” he later explained, “I vote no because voters in Northwest Florida did not send me to Washington to go and create more federal government.”

If Gaetz does resign, there’s no real risk that the GOP would lose his seat. Gaetz has won by at least 30 points in each of his reelection bids, and Trump won the district by more than 30 points last year.

But Gaetz’s position is shaky. The allegations are of a sort that makes it very difficult for his colleagues to come to his defense. Perhaps they believe his claims that he’s a target of extortion — a sort of countercharge that in the past has often turned out to be untrue. But there’s an obvious political risk to vocally defending someone who might face sex-trafficking charges, so expect his political allies (including the former president) to remain fairly muted.

That’s particularly true, Insider reports, because Gaetz isn’t particularly well-liked by his colleagues. One called him “the meanest person in politics.”

Perhaps Gaetz can turn that to his defense. After all, if no one likes him much, wouldn’t that make it more possible that they might try to extort him?

This article has been updated with the new reporting from Zapotosky and Barrett.