The winners and losers of Amazon’s warehouse union vote 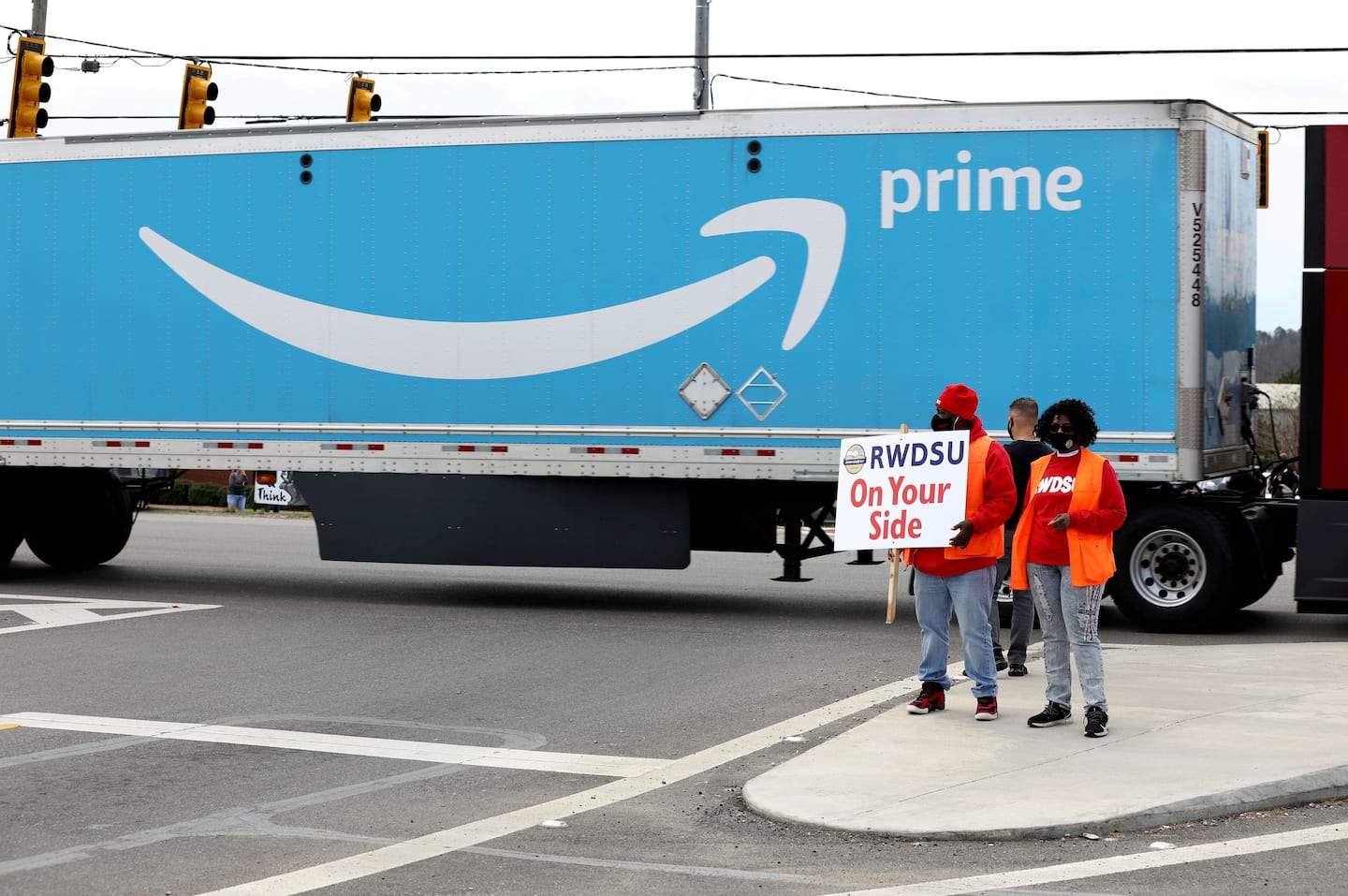 While the vote tally was a decisive victory for Amazon, it is not the end for workers who want to form unions, at Amazon or at other companies across the United States. There were some clear winners and losers Friday, but it was just one moment in a continuing history of workers facing off against better-funded companies for the right to form unions and improve their working conditions.

Plus, the Retail, Warehouse and Department Store Union (RWDSU) said it will challenge the fairness of the results, which could prompt a reexamination of the vote.

Here is where the parties stand after this week’s vote:

The vote tally, 1,798 to 738, represents a decisive margin of victory for Amazon, which sank money and resources into this fight. Though the final numbers could change, it’s likely the company’s executives can pause and take a breath — and feel emboldened going into any future attempts by workers to unionize. Amazon is the second-largest private employer in the United States after Walmart.

“Amazon didn’t win — our employees made the choice to vote against joining a union,” Amazon said in a blog post about the results.

For the 5,800 employees who would have been part of the union’s bargaining unit at this one Amazon warehouse in Bessemer, this vote could be the end of the road for now. The pro-union workers lost, and it looks unlikely they’ll be able to hold any similar kind of vote again soon, according to Andrew M. MacDonald, a partner at Fox Rothschild who specializes in labor law and union issues.

The RWDSU said Friday it plans to file multiple charges of labor violations with the National Labor Relations Board.

While it is illegal to retaliate against workers for trying to unionize, there could still be fear among employees that they could face punishment from Amazon or managers or a hope that the attempt shook the company enough for it to alter how it pays or treat employees. MacDonald said neither is very likely.

“I don’t think Amazon really has any motivation to go out and retaliate right now. The connection would be pretty blatant if they did,” MacDonald said. “Coming out of this election, the employees selected Amazon over the union. Instead of retaliation, Amazon is going to see this as a vindication of their employment practices.”

While this vote is a setback for all warehouse workers who may be hoping to unionize, it’s not the end for the larger movement.

“They made it to a vote,” said Lynne Vincent, assistant professor of management at Syracuse University’s Whitman School of Management. “That means there’s momentum behind this movement and there is discontent among their workers, and now that discontent has been amplified to a national level, where they are getting support from large unions.”

The vote has fed into an already growing public conversation around unionization, especially at technology companies. In recent years, there have been calls to unionize at Google and a worldwide walkout. Gig companies such as Uber and Lyft have faced questions about their classifications of workers as contractors and their ability to unionize. But there hasn’t been any decisive win in favor of technology workers.

Richard Trumka, president of the AFL-CIO, said during a union news conference that the Amazon campaign will “open the floodgates” of union action.

This push had some very high-level, vocal supporters, including President Biden and Sen. Bernie Sanders (I-Vt.). Biden last month tweeted a video in support of workers being able to push for unionization without intimidation from their employers, though he did not mention Amazon by name. The cause even had some Republican backing: Sen. Marco Rubio (R-Fla.) said he supported the workers’ attempts to organize. A loss seems unlikely to change politicians’ support for unions going forward, but fewer high-profile attempts to unionize could mean fewer occasions to address the issue so publicly.

Tech workers for companies such as Google have pushed for unionization in recent years, with a few hundred employees even forming an atypical union that isn’t ratified by a federal agency. Tech companies that rely on gig workers are also facing attempts to organize.

Some of the most vocal tech workers have been white-collar employees, whose situations differ significantly from warehouse workers’. But there is something Uber drivers, Google programmers and Amazon warehouse workers have in common: They’re going up against well-funded tech companies. Watching the Alabama vote has been a way to see what kind of tactics these kinds of companies are willing and able to deploy to discourage workers from voting for a union.

“Even if the workers are doing dissimilar work, it’s a similar type of large company that has the same types of resources,” Vincent said. “One of the key issues is the massive amounts of resources that these firms have. So whether we’re looking at Amazon or tech companies, they’re going to have those resources, and it’s about maneuvering around those resources to get a pro-union message to employees.”

It’s not just tech companies taking their cues from Friday’s results. Other businesses with warehouse workers — such as retailers — were also probably watching closely, fearing a ripple effect.

“All employers of all kinds of sizes and all industries were watching this vote. It seemed to capture a lot more attention than even some past high-profile union elections,” MacDonald said. “It’s the change in administration, the pandemic, the fact that this vote involved employees that have become essential workers that many people depend on and send them everyday items, and just a general increase in awareness in economic and working issues.”

Walmart has 1.5 million U.S. workers — more than Amazon — none of whom are unionized. In 2000, butchers at a Texas Walmart store won union recognition for the first time. Weeks later, the company eliminated its butcher counters across the United States.

“Unions are still trying to organize in the private sector. For a long time now that’s been a losing territory for them,” said Ronald Miller, a senior labor-law analyst at Employment Law Daily. “There are always going to be union organizing attempts, probably not to the degree of a Walmart or an Amazon. Those are going to be very newsworthy.”