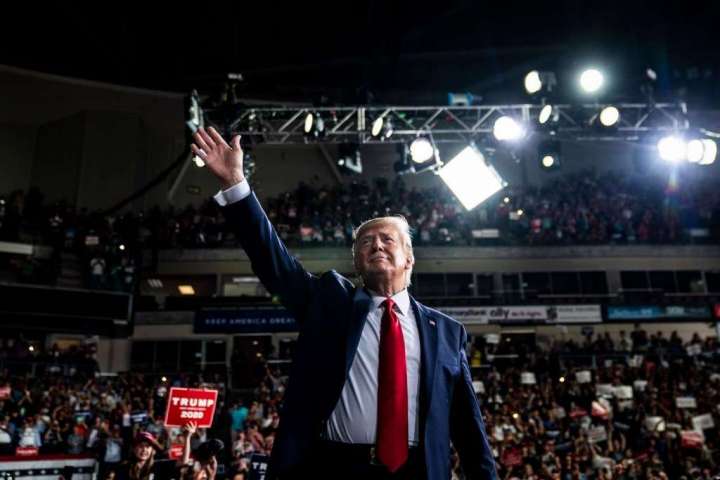 There’s little doubt that Donald Trump remains in charge of the Republican Party. But we continue to see signs of slippage — including two new ones this week, which come as the Jan. 6 committee keeps pressing the case that Trump broke the law.

First came yet another dismal verdict on Trump’s endorsements from Georgia GOP voters on Tuesday. Then on Wednesday came a rather shocking poll: Florida Gov. Ron DeSantis has effectively pulled even with Trump in the crucial early primary state of New Hampshire.

Neither should be oversold as evidence the GOP is turning the page on the former president. Even the Georgia candidates who have beaten Trump-endorsed candidates have overwhelmingly aligned with Trump, and the New Hampshire poll is just one poll. But both suggest the door is widening to a party that is post-Trump, the person, if not post-Trumpism, the ethos.

But the states share arguably something important in common.

In the Georgia runoffs Tuesday, two more Trump-endorsed candidates lost the GOP nomination: Jake Evans and Vernon Jones. And both, as with their predecessors, fell by very wide margins — 2-to-1 in Evans’s case, and nearly 4-to-1 in Jones’s case.

The stats are remarkable:

There are valid questions about why this has happened in Georgia. Trump’s losses have come disproportionately in the South, including Alabama, North Carolina and South Carolina. But they’ve also come in Idaho and Nebraska.

Some plausible explanations include that Georgia, unlike any other state, saw the danger of Trump’s continued stolen-election push when Democrats picked off both its Senate seats on Jan. 5, 2021 — while Trump was preoccupied with overturning the election the next day. And Georgia, in particular, was forced to contend with Trump’s ongoing election-fraud crusade for another reason: Trump went after their popular GOP governor, who proved a very capable messenger for the idea that the party ought to focus on things other than constantly reliving 2020.

But even as Georgia stands apart, it’s worth emphasizing that many Trump candidates in competitive races generally have landed just about where his Georgia candidates did: with around 30 percent of the vote. That’s often been good enough; in Georgia, it was very much not.

Then there’s the New Hampshire poll. From the University of New Hampshire Survey Center, it shows DeSantis at 39 percent and Trump at 37 percent in a prospective 2024 primary matchup in the Granite State.

There hasn’t been much high-quality polling of the 2024 race, for obvious reasons. (It’s only 2022, for one.) But no previous poll has suggested nearly so much peril for Trump’s 2024 hopes. Most show Trump holding a wide lead nationally. Some have suggested DeSantis could be competitive in Florida, but that’s Florida.

Yet those polls have also more and more strongly suggested that DeSantis could give Trump more of a competitive race than most people probably realize, meaning this New Hampshire survey didn’t come out of nowhere. And the top line isn’t the only bad finding for Trump:

The state being surveyed is particularly important. New Hampshire isn’t just any state; it’s the first primary state. Even if its GOP voters were more post-Trump than voters in other states — as voters in Georgia appear to be — that matters, because it could recast the 2024 primary process very early.

Indeed, with all the caveats mentioned above, you could make a credible case similar to the one outlined above for Georgia: that GOP voters in New Hampshire pay much more attention than most others to the path forward for their party, and right now they seem more circumspect about moving forward with Trump so fully in the driver’s seat.