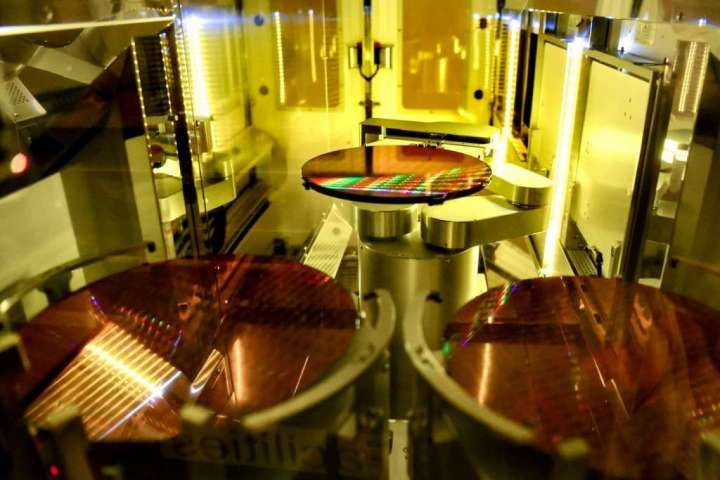 When the Senate passed a rare bipartisan measure last summer to spend $52 billion subsidizing computer chip manufacturing and research in the United States, it seemed like an easy legislative priority for both parties.

Chips were in such short supply that auto factories were shutting down for weeks at a time, threatening jobs and driving up prices. New cars became so rare that used cars soared in price, often exceeding what they had cost when they were new. Manufacturers of seemingly everything, from products as different as smartphones and dog-washing booths, complained they couldn’t get the chips they needed. The White House called several emergency meetings, and Republicans and Democrats quickly rallied.

But one year later, the funding still isn’t signed into law. It took the House until February to agree to the subsidies. Since then, the process of combining the House and Senate bills has been bogged down over disputes about elements of the legislation unrelated to chips, including climate provisions and trade with China. Myriad other issues, including military aid for Ukraine and gasoline price inflation, have also distracted lawmakers.

Proponents of the chips funding say they are now racing to salvage it before Congress breaks for its August recess, after which election season will probably stifle prospects for any big, new legislative packages.

Large chip manufacturers, meanwhile, say the lack of subsidies is slowing down their U.S. investment plans, including Intel’s $20 billion chip-factory project in Ohio.

“As we said in our January announcement [intel.com], the scope and pace of our expansion in Ohio will depend heavily on funding from the CHIPS Act. Unfortunately, CHIPS Act funding has moved more slowly than we expected and we still don’t know when it will get done. It is time for Congress to act so we can move forward at the speed and scale we have long envisioned for Ohio and our other projects,” Intel spokesman William Moss said in an emailed statement Thursday, adding that Intel is postponing a groundbreaking ceremony planned for next month at the site near Columbus because of the subsidies delay.

GlobalFoundries, which has started preliminary work to expand a manufacturing site in Malta, N.Y., issued a similar message.

“The CHIPS Act makes the U.S. semiconductor industry more competitive globally. For GlobalFoundries, the passing of CHIPS funding would affect the rate and pace at which we invest in expanding our U.S. manufacturing capacity,” Steven Grasso, GlobalFoundries’ managing director of global government affairs, said in an email.

House and Senate leadership met Tuesday to try to hammer out an agreement. They did not emerge with a deal on what to include in the final bill, but they agreed that they must act quickly to prevent chip manufacturers from bypassing the United States and investing overseas, according to a person familiar with the talks, who spoke on the condition of anonymity to discuss sensitive negotiations.

“We expressed our belief that there is no reason that we should not pass this bill through Congress in July,” House Speaker Nancy Pelosi (D-Calif.) and Senate Majority Leader Charles E. Schumer (D-N.Y.) said in a statement afterward. “Democrats have already made accommodations in the name of reaching an agreement, which we are optimistic can happen soon.” Republican leadership didn’t immediately provide comment.

The problems that sparked the legislation in the first place are still pressing. A global shortfall of computer chips continues to stall manufacturing in the United States and other industrialized countries, driving up prices for autos and other electronic goods.

The global auto industry produced 8.2 million fewer vehicles last year than it would have without the chip shortage, costing it more than $200 billion in revenue, AlixPartners said.

House Democrats are eager to pass the legislation because many members, including the most vulnerable representing swing districts, believe it would help them argue that the party is fighting inflation and the supply chain problems that drive it.

U.S. government subsidies were never going to provide a quick fix for the global chip shortfall. Building a chip manufacturing plant takes years. Still, as chips, also known as semiconductors, become an essential component of so much modern technology, many tech companies and lawmakers have argued that ensuring more domestic production is a matter of economic and national security.

“Everything that has an on and off switch relies on a semiconductor chip,” Sen. Mark R. Warner (D-Va.), a leading proponent of the subsidies, said in an interview. “As we see now with shortages of these chips holding up the auto industry, by not having a secure domestic supply chain, this problem is only going to get worse as we move to more and more connected devices.”

The fundamental reason for the shortage is that too few companies are willing to invest the $10 billion or more needed to build a semiconductor plant. Countries around the world have been throwing subsidies at these chipmakers, hoping to entice them to locate new facilities within their borders.

Some of these programs could leave the United States behind, Warner said. “A year ago, the Europeans didn’t have a semiconductor incentive program in place,” but Germany is now rolling out subsidies for an Intel manufacturing site, he said.

“When the German bureaucracy moves faster than the American legislative process, that’s not a good sign,” Warner said.

In both the Senate and House, the funding sits inside broader bills aimed at boosting U.S. economic competitiveness amid growing competition from China and other nations. Lawmakers say there is strong support in both chambers for the semiconductor subsidies, and for increased spending on the National Science Foundation and other research efforts, but agreement breaks down over other policies.

In a letter to Senate and House leaders last week, the chief executives of more than 100 tech companies, including Microsoft, IBM and Google parent Alphabet, urged Congress to pass the legislation, calling the semiconductor funding and other manufacturing and research measures “vital to our entire economy.”

“The rest of the world is not waiting for the U.S. to act. Our global competitors are investing in their industry, their workers, and their economies, and it is imperative that Congress act to enhance U.S. competitiveness,” they wrote in the letter, which the Semiconductor Industry Association organized.

Congressional aides said it is likely the final bill will more closely resemble the Senate legislation because it passed with bipartisan support, while the House bill had just one Republican supporter, Rep. Adam Kinzinger (Ill.)

House Democrats have had to make concessions along the way on trade and climate provisions that they included in their bill, said the person familiar with Tuesday’s congressional leadership meeting.

The House bill’s expansion of the Trade Adjustment Assistance Program, which provides aid to workers who lose jobs as a result of offshoring and other adverse effects of foreign trade, is a particular nonstarter for Republicans, congressional aides say.

Another provision sparking debate would require the federal government to screen and at times prohibit certain U.S. investment in China. The measure, proposed by Sens. Robert P. Casey Jr. (D-Pa.) and John Cornyn (R-Tex.), has some bipartisan support in both chambers but has nonetheless “been one of the more contentious issues to reach agreement on,” said Stephen Ezell, vice president for global innovation policy at the Information Technology and Innovation Foundation.

Among other steps, the bill would establish an Office of Manufacturing Security and Resilience at the Commerce Department with $500 million in appropriations, tasked with tracking the availability of goods and services in real time and promoting critical manufacturing in the United States and allied nations, Tucker said.