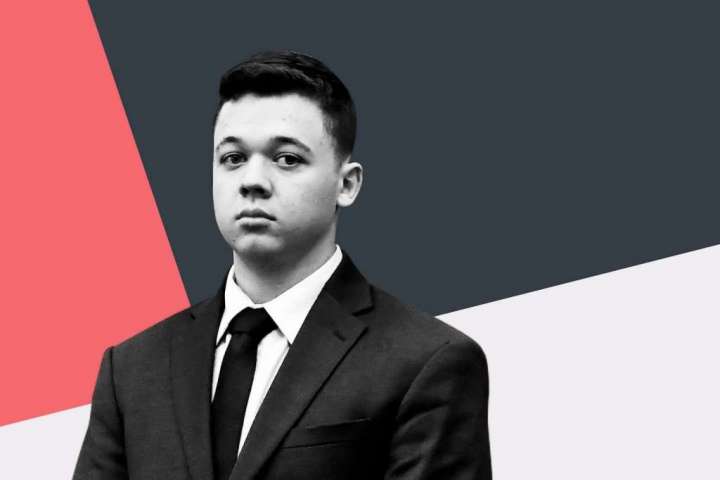 Kyle Rittenhouse, who shot and killed two people and wounded a third during a protest in Kenosha, Wis., in 2020, announced Thursday plans to release a video game, with proceeds going toward funding defamation lawsuits against the media. In the game, players control Rittenhouse, who, equipped with a cartoonish orange gun, shoots turkeys labeled “fake news” and “MSDNC.”

“The media is nothing but a bunch of turkeys with nothing better to do than to push their lying agenda and destroy innocent people’s lives,” Rittenhouse says in a trailer for the game.

The game, “Kyle Rittenhouse’s Turkey Shoot,” is not currently available. On its website, users can preorder the title for $9.99. The site does not say when the game will be released, though it notes that the game will “aid Kyle’s legal defense against the fake news.”

“Kyle Rittenhouse is raising funds to sue the left-wing media organizations for defamation and now you can help,” reads a module on the preorder website. At the bottom of the page, developer Mint Studios promises never to “deplatform” legal content.

Kyle Rittenhouse gets standing ovation from conservatives, says he may sue media outlets

Late last year, after facing five felony charges including homicide and being acquitted on all counts, Rittenhouse suggested he would pursue legal action against media outlets over their coverage of his trial. “There’s going to be some media accountability coming soon,” he told Fox News in December 2021. Since then, Rittenhouse has not named any media outlets he intends to sue, though he suggested in an interview with Fox News host Tucker Carlson that he might pursue legal action against TV personality Whoopi Goldberg and political commentator Cenk Uygur.

Rittenhouse was acquitted on all counts Nov. 19, 2021, after a polarizing trial that sparked a national debate over gun rights, self-defense and race. Rittenhouse said he arrived in Kenosha to protect local businesses in the wake of unrest and protests following the shooting of a Black man, Jacob Blake, by a White police officer.

The video game industry increasingly has become a culture war battleground over the past decade. With the industry showing greater interest in unionization, it has become a focal point in tech industry organizing. Debates over pervasive sexism and racism have riven the industry, particularly in light of landmark workplace harassment and discrimination suits filed against some of the biggest companies in gaming. Geopolitical conflicts have played out in esports, too, as the war in Ukraine prompted teams and stakeholders in the space to cut ties with Russian companies and organizations. Some commentators have also traced the rise of Donald Trump to the GamerGate movement.