Is your internet service unreliable? There may be fiber in your future. 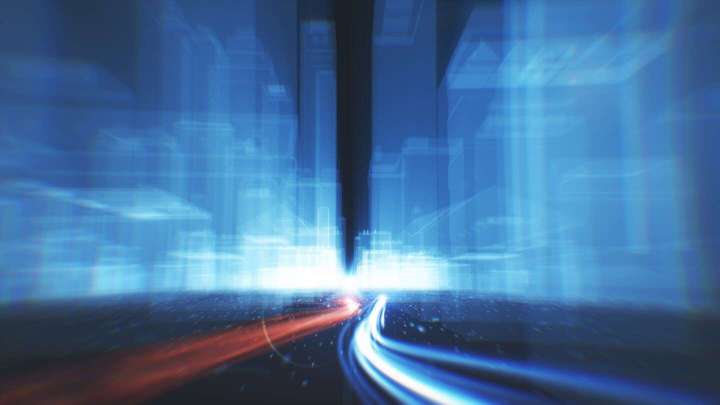 Fiber-optic internet (often just known as “fiber”) can be staggeringly faster than the DSL, cable or satellite internet connections that many Americans rely on.

It’s also pretty uncommon, relatively speaking. According to a January study from the Fiber Broadband Association, 43 percent of U.S. households can access fiber internet service — but that may soon start to change.

Between a presidential push to expand high-speed internet access and a handful of recent broadband funding announcements from different agencies, fiber service could become much more readily available. That’s especially valuable for corners of the country where reliable internet access is hard to find.

But who’s going to bury all these new cables in the ground? And what does any of this mean for you?

Here’s what you should know about fiber internet and how the government’s internet-for-all push could affect you.

For years, American households have largely relied on copper telephone wires or coaxial connections from cable companies to get online. Problem is, there are limits to how quickly data can move through those metallic mediums, not to mention limits on how far signals can go through them before they begin to degrade.

Fiber is different. Instead of relying on metal wires, fiber-optic cables are made of hundreds of hairlike glass strands where data is being moved in the form of light pulses at super fast speeds.

That means the volume of data that can move through a fiber optic cable over time, also known as bandwidth, can be much larger than what you may be getting from your current internet connection. That’s why many fiber home internet providers can offer upload and download speeds of 1 gigabit per second (Gbps) or more, while the average fixed home internet connection in the United States sits at around 225 megabits per second — or about 23 percent as fast as a gigabit fiber connection.

“We don’t really know the upper bounds of a fiber wire yet,” said Chao Jun Liu, a legislative associate at the Electronic Frontier Foundation. “We’re still discovering that.”

There’s another benefit here, too: symmetry. It’s very common for a household to be able to download things faster than it can upload them, and for most people, that’s not really an issue. But as we begin pushing more data out into the world, be it through Twitch streams, YouTube uploads or something else, upload speeds become more of a concern. And as we collectively embrace more new gadgets, the need for bandwidth to keep them all connected grows, too.

That, proponents say, is why a switch to fiber internet is so important.

“Copper is pretty much obsolete. It’s done,” Liu said. “Cable is hitting an upper limit that we will likely meet within the next decade. Fiber could probably meet our needs for the next 30 years, if not 50.”

Why all the fuss over fiber now?

There’s going to be a lot more of it.

The sprawling infrastructure bill President Biden signed last year allocated $65 billion to expanding high-speed internet access to all Americans, and the bulk of that money will flow to states and U.S. territories through the Broadband Equity, Access, and Deployment Program — or BEAD, for short.

BEAD is being handled by the National Telecommunications and Information Administration (NTIA), and it made clear in a document called a notice of funding opportunity what kind of internet connection it prefers.

“With respect to the deployment of last-mile broadband infrastructure, the Program prioritizes projects designed to provide fiber connectivity directly to the end user,” the notice reads. To help make that happen, each participating state is eligible for a minimum of $100 million in funding, while territories like Guam and American Samoa are entitled to $25 million.

BEAD isn’t the only internet access expansion program that has a fondness for fiber — even if the word itself isn’t always prominent. Earlier this summer, the Treasury Department’s Coronavirus Capital Projects Fund began awarding hundreds of millions of dollars to states that developed plans to deliver “service that reliably meets or exceeds symmetrical download and upload speeds of 100 Mbps” when at all feasible.

Who is actually laying all these new cables?

In some parts of the country, rural electric co-ops — like the ones that lit up farms and rural enclaves in the 1930s — have been begun extending fiber internet connections to their communities. And in Utah, a consortium of cities teamed up to form the Utah Telecommunication Open Infrastructure Agency, better known these days as UTOPIA Fiber, to build municipal “open” fiber networks around the state.

Internet service providers like AT&T and Charter also play a major role in laying down these fiber optic cables — usually under a few feet of earth — or stringing them up on telephone or utility poles when possible. But, encouraged by the promise of federal funds, smaller providers are getting into the mix, too.

Uprise Fiber, a small ISP with headquarters in Reno, Nevada, received $27.1 million from the Agriculture Department to help it build fiber internet connections in Pershing County, a roughly 6,000-square-mile chunk of the state’s northwest corner.

“We look at a city like Lovelock, and they are being choked because they can’t grow,” Uprise CEO Sam Sanders said, referring to the seat of Pershing County. The process of digging up the earth and running fiber through the county will be “tough and expensive” and is expected to take about five years, but Sanders is hard-pressed to think of a place more in need of an upgrade.

What does this mean for my home internet service?

It really depends on where you live.

If you’re in a rural area with few options for proper, fast internet connections, you’re exactly the kind of person the federal government’s broadband expansion initiatives are meant to help. But exactly how soon you’ll see a new internet provider to sign up with comes down to your state or territory — when it applied for federal funding, it had to submit a five-year plan for how it plans to use the grant money. Change is coming, but it’ll probably take a while.

If you’re in a suburb, or a metropolitan area, and you already have a reasonably stable internet connection, the effects of this forthcoming broadband push can be harder to suss out.

That scope means the money meant for high-speed internet projects probably won’t solely go to rural towns and communities. And that could lead to stiffer competition for incumbent internet providers in more places.

The government’s broadband expansion plans will “give a lot of smaller [providers] and cities the money to build out their networks, and that will generate competition against the big ISPs that have been around forever,” Liu of the Electronic Frontier Foundation said.

Research has shown that there’s a tendency for internet prices to go down and speeds to go up when a provider has even a single competitor, so there’s a chance that your choice of plans — or your monthly bill — could get better.

The online incel movement is getting more violent and extreme, report says