If we may: A proposed script for Hannity to correct Trump’s falsehoods 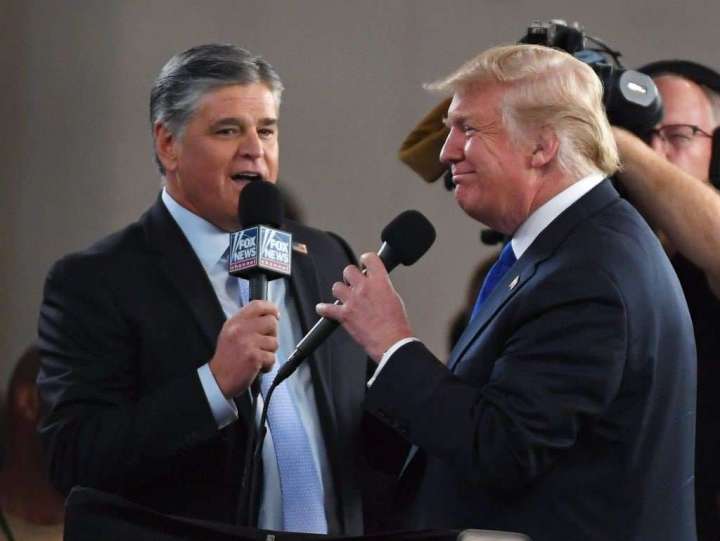 Watching the second part of Fox News host Sean Hannity’s conversation with former president Donald Trump on Thursday night, I couldn’t help but notice that Hannity let a lot of false claims from Trump slide. I was not surprised by this, certainly; the reason that Trump grants so many interviews to Hannity is that he knows that Hannity’s preferred mode of response to his claims is nodding.

But it did strike me that perhaps one reason that Hannity never endeavors to actually correct the record is that perhaps he doesn’t know how. He’s never really done it before! So, in the interest of both offering my assistance to Hannity and to ensure that his viewers have as accurate an understanding of the discussed subjects as possible, I thought it might be useful to create this draft script that Hannity could read on his program Friday night.

Sign up for How To Read This Chart, a weekly data newsletter from Philip Bump

Good evening and welcome to “Hannity.”

Last night, we showed you the second part of my interview with President Trump. It has come to my attention that some of what the president said was inaccurate or misleading. Given this network’s commitment to journalistic integrity, it seemed incumbent upon me, then, to correct the record where necessary. After all, the last thing we want is for you, the viewer, to be misinformed.

With that in mind, here is some additional information about what Trump said.

Oh, one more, actually: While Trump claimed that he respects many people in the media, we were unable to confirm that assertion. We can confirm that, as he stated, he likes me, Sean Hannity, a lot.